The Art of Breaking Up (Paperback) 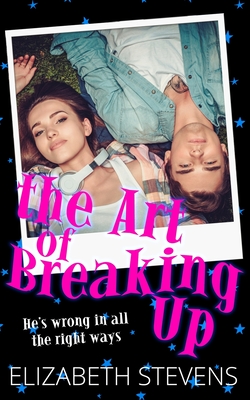 Breaking up is hard to do. Whether you're breaking up with a bad habit, a life you know, or your first boyfriend. But we all have to do it. It's just one of the many sucky things about growing up. Some of us do it better than others. I do it badly.

Wade Phillips shattered Lisa McGinty's heart in Year 10 for no known reason. One minute he was the perfect boy-next-door boyfriend, star goalie on the soccer team, and future head prefect. The next he was like a different person altogether, dumping Lisa and systematically making his way through every girl in our year.

By Year 12, he'd made it through most of them and was on to the year below. He'd miraculously made Head Prefect and was somehow still on the Soccer team, even though he put more effort into partying.

Lisa and I were used to his sarcastic teasing, his shallow taunting, and his insincere flirting. My best friend put on a brave face in front of him, but she still felt the sting. I knew she still loved him. At least, she thought she did. I kept waiting for her to see he wasn't worth it.

No one knew what happened to Wade and no one got close to him anymore. Not until a life-altering incident throws me unavoidably into his path.

Wade Phillips might be the guy to teach me the art of breaking up, but will my heart - and Lisa's - break in the process?

For those Keeping Up Appearances and Accidentally Perfect fans, here's a return to that style and vein. You'll find this story is a bit of a combination of the two - there's a bit more swearing than KUA, but it's a little cleaner than AP. Like both, it's about growing up, finding and accepting yourself, being with people who bring out the best in you, and getting the guy that you might not think you want but that you need and, more importantly, needs you. Hope you enjoy.

Please be aware that this story is set in Australia and therefore uses Australian English spelling and syntax. Not recommended for younger readers due to mature content.