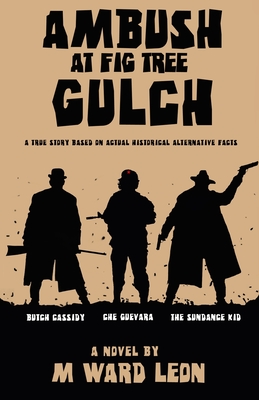 The tale of Butch Cassidy, Che Guevara, and the Sundance Kid is narrated by the surviving Wild Bunch, William "News" Carver. News recounts the exploits of the Wild Bunch's thieving, rustling, robbing, and killing. Over the years, most of the members of the Wild Bunch were either caught, sent to prison, hanged, or shot. As the wild west gets tamed, the last surviving members decide to escape the long arm of the law and start a new life in South America. 'News' recounts their journey traveling across the country to New York City, their encounters with Bonny & Clyde, and mobster Lucky Luciano. On their voyage to Argentina, the first of their many encounters with a young Ernesto "Che" Guevara occurred. They formed a bond that years later would eventually link their destinies together in a final climax. After World War II, Bolivian dictators General Rogelio Miranda and Luis Garc a Meza Tejada decided to allow Nazi war criminals enter his country. The most notorious Nazi was The Butcher of Lyon, Klaus Barbie. Barbie proved to be quite valuable in teaching the Bolivian Army the use of torture and murder. The CIA knowingly recruited the Nazi Barbie to help the Bolivian fascist regime fight against the Communist rebels of Che Guevara. With the Bolivian government and CIA overpowering Che's forces, he found himself in need of raising money to fund his Army. He calls on his old friends Butch and Sundance to pull off the largest bank robbery ever to help finance this revolution. Barbie finds out about the robbery, and with the help of the CIA, the Ambush at Fig Tree Gulch plot is formed.