The Man in the Empty Suit (Paperback) 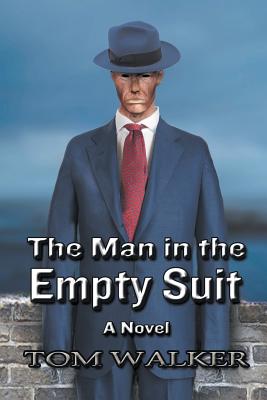 In this dystopian novel set in the 2030s, a man suffering from a gunshot wound is trying to remember what happened to him in the years since Trump got elected.

Fimple is an alcoholic psychological counselor suffering from post-traumatic amnesia. As he recovers in the hospital, he tries to reconstruct his past, but can't recognize the America his country has become.

As his memory slowly returns, he realizes the hospital is owned by his half-uncle, a Trump-like corporatist who wants to run for president and has hired Fimple to babysit three sexually addicted young people to keep them out of the news. This is necessary because a sex scandal in the evangelical right-wing post-Trump era could weaken his run for president.

But in counseling the three young addicts locked up in a halfway house, Fimple comes to love them. When they beg him to set them free, he is tempted. Fimple can't afford to lose his job, but feels morally obligated to aid in their escape.

What should he do?

"While Walker's prose is never flashy, his careful grounding of details and patient efforts in constructing character and setting create a universe of flaws and possibilities, and his stories unfold with a cumulative, occasionally wrenching emotional effect." - Kirkus review of Tom Walker's book Signed Confessions (2013)

San Antonio native Tom Walker attended the University of Texas at Austin. In the sixties, he moved to Manhattan and worked as an editor for Prentice Hall Publishers. In the seventies, he edited and contributed to SA: The Magazine of San Antonio before becoming editor of Southwest Airlines Magazine and Continental Airlines Magazine. This is his fourth book.