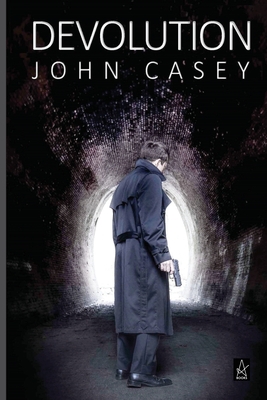 By John Casey
Email or call for price.
Backordered

DEVOLUTION is book one in the Devolution Trilogy, a psychological spy thriller series. Book two, EVOLUTION, will be released in 2020 followed by REVELATION in 2021.

John Casey's poetry, articles, and other writings have appeared in numerous literary journals, magazines, and online blogs in the USA and internationally. His book RAW THOUGHTS: A Mindful Fusion of Literary and Photographic Art was published in 2019 by Adelaide Books and was nominated for the National Book Award. DEVOLUTION, his first published novel, is nominated for the 2020 IBPA Benjamin Franklin Award.