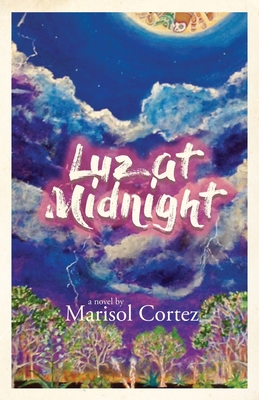 Deeply embedded in the landscapes of South Texas, Luz at Midnight tells the story of an ill-timed love that unfolds in the time of climate change. Booksmart but na ve, Citlali Sanchez-O'Connor has just been hired to organize a San Antonio campaign against "gleaning," a controversial new mining practice that promises a rapid transition away from fossil fuels. Soon she encounters Joel Champlain, a journalist struggling to hide his manic-depression as he uncovers the scandals that surround gleaning. During a chance trip together to Texas's Gulf Coast, Lali is struck by a love as powerful as the electrical storm that birthed Luz, the unearthly canine trickster who has thrown them together. But Lali-married with a baby, poised to leave town for an academic job, and trained to think everything is explicable-finds she must decide what their connection means, if anything, for a path already set in motion.

A genre-hopping narrative that layers story with reporting, poetry, scholarship, and teatro, Luz questions the nature of desire and power, asking: What throws us into the path of those we love, and what pulls us apart? What agency powers the universe-and do we have any agency of our own to create a different world?