Shadow of the Mast (Hardcover) 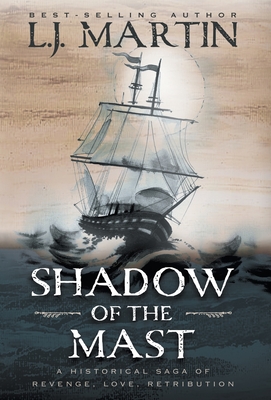 From the author of Two Thousand Grueling Miles and Rugged Trails comes a saga as wide and wild as the Americas.

From Boston to Old California, young Sam McCreed grows to become as hard and skilled as the friends and foes he works alongside and escapes into a land equally threatening and dangerous as the watery hell that brought him to her shores. A young man now hardened by fists, ice, sea, and lash, he escapes into a California that has become a caldron boiling over with danger and resentment. And McCreed, now an unequaled horseman, an expert with blade, musket, and reata, is a man on the prowl for vengeance.

Driven by a lust and love for a fiery-eyed, raven haired senorita, he'll send any man who stands in his way straight to hell.