A Pillar of Fire by Night (Carrera #7) (Mass Market) 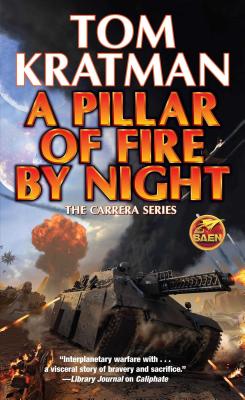 This is book number 7 in the Carrera series.

THE FIRE IS COMING, AND ITS NAME IS CARRERA!

Carrera has held off his enemies coming by sea from the north, in the process dealing the naval and amphibious forces of the Zhong Empire a stinging defeat. Now, though, his adopted country of Balboa is under assault from the east, from the south, from the west, from the air, and from space. It’s beginning to look like the game is up for Balboa and Patricio Carrera. But Carrera’s been planning this war for fifteen years. He certainly hopes his enemies think they’re winning.

"Tom and I disagree about everything, except how good his books are!"– best-selling author John Birmingham