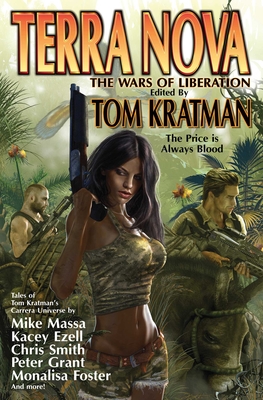 "Send us your tired, your poor," says the inscription at the base of the great statue, "your huddled masses yearning to be free."

But the future of the colony planet, Terra Nova, and its relations with Old Earth is far more a case of "boot out your tired, your poor, your dissidents and troublemakers. Use us for a dumping ground for all your problems. Go ahead and abandon these here." This may have been fine, too, but for the UN and its corrupt bureaucracy insisting on maintaining control and milking the new world and its settlers, willing and unwilling both, bone dry.

Contained herein are tales of the history of Mankind's future first colony, from the first failed attempt at colonization, to the rise in crime, to the rise in terrorism, to its descent into widespread civil war and rebellion . . . and ultimately liberation. As with most of human history, this history is messy, with good men and women turning bad, bad men and women inadvertently doing good, and blood flowing in the streets.

“[I]nterplanetary warfare with . . . [a] visceral story of bravery and sacrifice . . . fans of the military SF of John Ringo and David Weber should enjoy this SF action adventure.”–Library Journal

“Kratman raises disquieting questions on what it might take to win the war on terror . . . realistic action sequences, strong characterizations and thoughts on the philosophy of war.” –Publishers Weekly