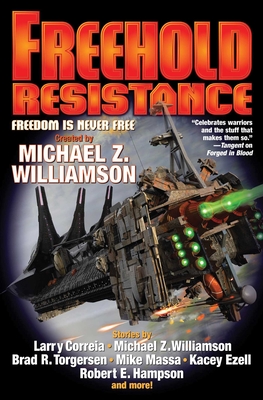 This is book number 10 in the Freehold series.

When the UN invaded the Freehold of Grainne, the intent was simple: force a noncompliant star nation back into the collective. What the politicians hadn’t accounted for was that the Freehold had spent 200 years as the haven for every independent, rebellious, self-reliant adventurer in human space.

“…a rousing collection…this anthology will be enjoyed by anyone who enjoys military fiction.”