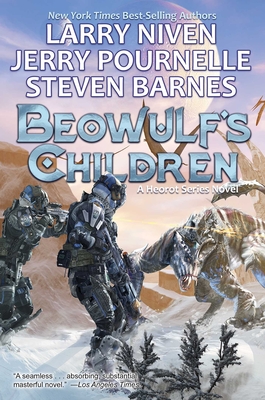 This is book number 2 in the Heorot Series series.

Some twenty years have passed since the passengers and crew of the starship Geographic established a colony on the hostile alien world of Avalon. In that time, a new generation has grown up in the peace and serenity of the island paradise of Camelot, ignorant of the Great Grendel Wars fought between their parents and grandparents and the monstrous inhabitants of Avalon.

Now, under the influence of a charismatic leader, a group of young rebels makes for the mainland, intent on establishing their own colony, sure that they can vanquish any foe that should stand in their way.

But they will soon discover that Avalon holds darker secrets still.

About prequel The Legacy of Heorot:
“Page-turning action and suspense, good characterization and convincing setting . . . may be the best thing any of those authors has written.”—The Denver Post

About Larry Niven & Jerry Pournelle:
“Possibly the greatest science fiction novel I have ever read.”—Robert A. Heinlein on The Mote in God's Eye