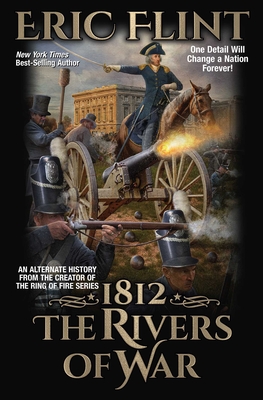 In this alternate history of the American frontier and the Jacksonian era, a small change takes place in the Battle of the Horseshoe Bend during the War of 1812. What results is a cascade of new developments that becomes an avalanche. In our world, Ensign Sam Houston, just turned 21, led the charge on the creek barricade in that battle and almost died from a terrible wound that took him a year to recover from. In this world, his wound is minor, so he is able to continue fighting the British—and develop his close relationship with Andrew Jackson much sooner.

Along with a radical Scots-Irish immigrant in the U.S. army, Patrick Driscoll—one of “the Men of ’98”—Houston organizes a defense of the U.S. Capitol that prevents the British from destroying it and makes him a national hero. He and Driscoll then play a central role in the defense of New Orleans under Jackson's command. They change the course of that battle in ways that will, over time, transform the relationship between the United States, the Indian tribes of the south, and the slaves brought over from Africa.