The Dark Side of the Road (Paperback) 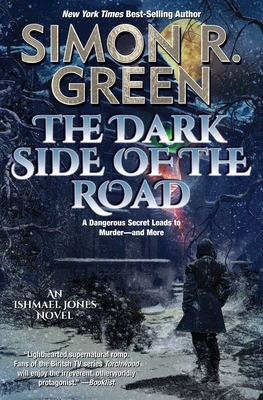 ISHMAEL JONES IS ON THE CASE. Paranormal private detective Ishmael Jones is invited to his employer's country house for Christmas just in time to become embroiled in a locked-room mystery with a supernatural twist.

Ishmael Jones. He's used to keeping a low profile, living under the radar and on the dark side of the road. He makes his living solving mysteries and uncovering dark secrets some would prefer to stay hidden.

But when he's invited by his employer—a man known only as "The Colonel"—to spend Christmas at the Colonel's sprawling country house, Ishmael Jones decides to come in from the dark for some holiday cheer.

Jones arrives at the remote Belancourt Manor in the midst of a blizzard only to discover that the Colonel has gone missing. It soon becomes clear that the guests are harboring dark secrets—and that it will be up to Ishmael Jones to stop a savage killer.

A locked-room, country house mystery with a supernatural twist as only Simon R. Green could write it.