News of the World (Paperback) 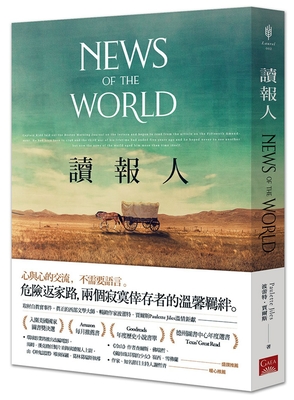 By Paulette Jiles
Email or call for price.

“This short, powerful novel is historical fiction at its best! Captain Kidd, a 72-year-old war veteran and professional news reader, has been tasked with returning Johanna, a 10-year-old white girl kidnapped by the Kiowa when she was six and recently ransomed, to relatives living near San Antonio. The Captain knows the journey will not be easy but believes it is his duty to do the right thing, despite the dangers that lie ahead. What he doesn't expect is the strength of the bond that develops between him and Johanna, one so powerful that it defines the choice he makes at journey's end. Beautifully descriptive prose drives the narrative through the harsh and unforgiving landscape of the West during the late 1800s.”
— Adrian Newell, Warwick's, La Jolla, CA