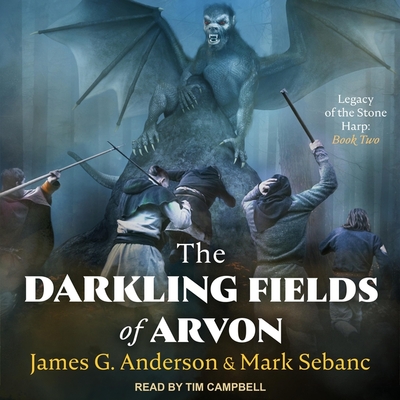 In the wake of the catastrophic invasion that has leveled the Stoneholding, the last bastion of order in the world of Ahn Norvys, Kalaquinn Wright pursues the mission entrusted to him. Freshly invested as High Bard, he sets forth across lands that lie under a dark cloud of uncertainty and strife, charged with the task of finding the lost Prince Starigan. The task, however, will not be an easy one, for the Talamadh, the golden harp that binds together heaven and earth in sacred harmony, remains in the clutches of the tyrant Ferabek. After securing safe haven for the remnant folk of his clanholding, Kal and his companions venture into the lowlands of Arvon, a place of looming danger. Despite the adversities of a world sinking into the twilight of darkness and chaos, the young Holdsman keeps faith and its sustained by the loyalty of friends, the resources he begins to discover in himself, and unwavering hope. By fate's caprice, Kal falls prey to his enemies. In the trial that befalls him, his mettle is tested, and he draws upon an inner strength that he has never known before. But will it be enough to stem the tide of chaos that floods over the Darkling Fields of Arvon?