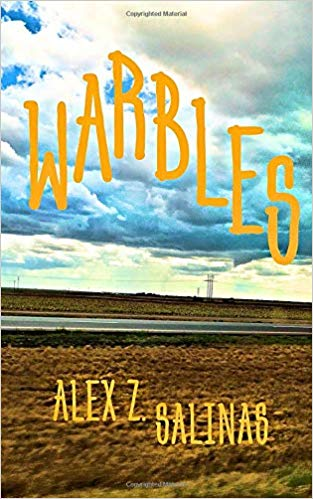 Alex Z. Salinas lives in San Antonio, Texas. His short fiction, poetry and op-eds have appeared in multiple print and electronic publications. He holds an M.A. in English Literature and Language from St. Mary's University. He serves as poetry editor of the San Antonio Review and is the author of a full-length book of poems, WARBLES.

Cyra Sweet Dumitru is a lifelong poet and swimmer, long-time teacher of writing at St. Mary’s University, and one of three certified Practitioners of Poetic Medicine  actively practicing in Texas. She has facilitated hundreds of therapeutic writing circles for: college students, teenagers, women veterans, and adults from all walks of life. Her poems have appeared in prestigious literary journals and many anthologies, traveled around San Antonio on city buses, been painted on the wall of our City Hall, sung in concerts as Art Songs, spoken on National Public Radio, appeared in medical journals, and spoken in museums, bookstores and retreat centers around the nation. She has four published books of poems: What the Body Knows, Listening to Light, Remains, and Elder Moon: A Memoir Told as Poems.

Alex Z. Salinas’ WARBLES, a choral of struggle, of unprotection, irrational fear, serrated jaws, leaking souls, his black hole divine, rabid Chihuahua, and Eucharist in Black Spandex. Mr. Salinas smashes furious words in attempt to reconcile his role as poet, sandwiched between two cultures, kneeling at his grandmother’s grave, seeking definition in the face of all this: A contemplation of bravery.