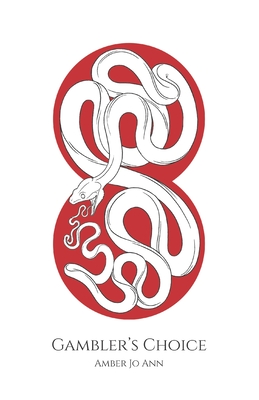 Amber Jo Ann is a Louisiana native with Cajun & French Creole blood (with a dash of Louisiana German). She trained in the art of storytelling at The Second City, iO Chicago, Chicago Dramatists, and with Paola Coletto. In the past, she’s been called an improviser, playwright, copywriter, essayist, theatre critic and creative industries consultant. Now, she’s dedicated to completing The Color Series: ten novels all based on a specific color. Gambler’s Choice is the first of ten, focused on the color red in all of its love, lust and fury. Next, she’s tackling the color orange, which will take readers inside the world of college study abroad programs as well as ancient Egypt.

About Gambler's Choice:
One horrific encounter haunts a world of characters nearly two decades later, just as a Silicon Valley startup promising a cure for aging sparks a startling chain of events. In this unconventional novel built along the zodiac's wheel, you'll explore an elaborate tapestry of pivotal moments staged in a variety of settings, from the Chicago theatre scene and life in South Louisiana to the world of paid plasma donations and hemophilia during the tainted blood era. Following twelve connected stories, you'll also examine the absurdity of plague, the complexity of truth, and the struggles we all share in our quest to understand ourselves. Here is your opportunity, dear reader, to experience a Gambler's Choice, where your decisions define your character in the face of obstacles along your path. And it begins right now, with your decision to choose this book.