Barbara Gonzalez Cigarroa, A Mexican Dream and Other Compositions 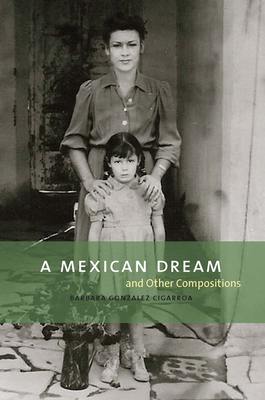 Barbara Gonzalez Cigarroa was raised in a family of ten children in the border town of Laredo, Texas. Notwithstanding graduating from public schools in one of most poverty-stricken areas in the US, Cigarroa graduated summa cum laude from Harvard College and earned a joint JD-MSW degree from Washington University School of Law and the George Warren Brown School of Social Work. Admitted as an Attorney General's Honors Program graduate, she has worked as an immigration attorney for the government both in New York City and in El Paso, Texas, and was recently selected by the Department of Justice to serve as an immigration judge.

About A Mexican Dream and Other Compositions:

A Mexican Dream and Other Compositions presents a rare collection of interwoven essays chronicling the fascinating history of the Cigarroa family and their influence on the Texas-Mexico border landscape.

Barbara González Cigarroa brings to life stories of her ancestors and other family members, including: Rebecca Iriarte, who raised her five children during the Mexican Revolution of 1910; Judge Manuel J. Raymond, one of the last of the border patrones who expertly navigated contrasting cultures across border lines; Henry B. González, US Congressman and the first Mexican American elected to the Texas Senate during a time of blatant racial discrimination; Dr. Joaquin González Cigarroa Jr., a revered physician and education activist; Dr. Francisco Cigarroa, pediatric transplant surgeon and former chancellor of the University of Texas system; Barbara Flores Cigarroa, a mother of ten whose values and resolve inspired her children and many grandchildren to excel in the finest universities and beyond.

In presenting richly detailed vignettes with keen observation and grace, Cigarroa offers captivating and original insights not only into her family's remarkable story, but also into the beauty of the extraordinary traits and enduring spirit of the people of our Texas borderlands.

A Mexican Dream: and Other Compositions (Hardcover)