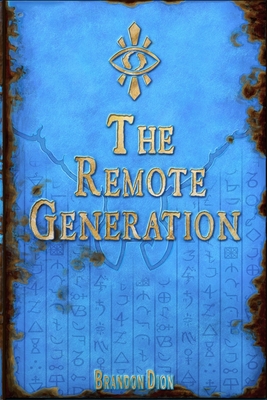 Brandon hails from the Midwest, where he currently resides with his family. He received his BA in Political Science from Purdue University in 2006, and later added a teaching license in such subjects as Government, Psychology, Sociology and Historical Perspectives while attending St. Mary of the Woods college.

About The Remote Generation:

Jeremiah is no stranger to the paranormal. It has surrounded him for the majority of his life. Now, as the old truths of this world begin pushing their way back to the surface, Jeremiah must also come to terms with his own new truth - the paranormal no longer just surrounds him.

With little time to grasp this revelation, Jeremiah soon finds himself at the center of unwanted attention and caught up in a deadly race between opposing forces: those seeking to recover the truth, and those struggling to keep it concealed. Every alliance becomes a gamble. Every decision a potentially fatal one.

For thousands of years, the ancients spoke of a coming age. A time when truths buried deep beneath the sands of time would once again see the light of day. There is a generation gifted with enhanced knowledge and abilities designed to aid them in their quest for truth. They are the remote and distant generation.

The truth is out there, but who will find it first?