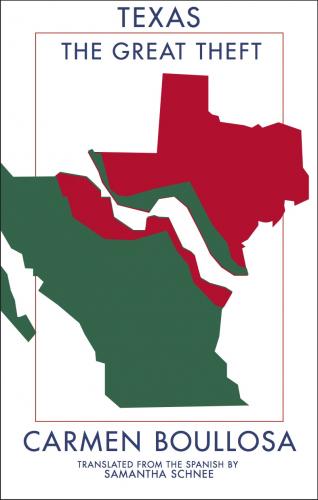 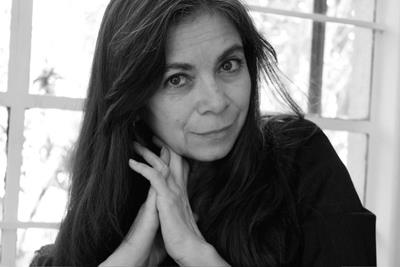 Carmen Boullosa (Mexico City, 1954) is one of Mexico's leading writers. The author of over a dozen novels that have received numerous prizes and honors, Boullosa has been a Guggenheim Fellow and a Cullman Center Fellow at the New York Public Library. Also a poet and playwright, she has taught at New York University, Columbia University, CUNY, and Georgetown, among other universities, and she hosts a television show, Nueva York, on CUNY-TV, which has received five New York Emmys. Her work has been translated into several languages, and she is currently a FONCA fellow in Mexico. She lives in Brooklyn and Mexico City.

A writer in the tradition of Juan Rulfo, Jorge Luis Borges, and Cesar Aira, Carmen Boullosa shows herself to be at the height of her powers with her latest book. Loosely based on the little-known 1859 Mexican invasion of the United States, TEXAS: THE GREAT THEFT is a richly imagined evocation of the volatile Tex-Mex borderland. Boullosa views the border history through distinctly Mexican eyes, and her sympathetic portrayal of each of her wildly diverse characters—Mexican ranchers and Texas Rangers, Comanches and cowboys, German socialists and runaway slaves, Southern belles and dance hall girls—makes her storytelling tremendously powerful and absorbing. Shedding important historical light on the current battles over the Mexican-American frontier, while telling a gripping story with Boullosa's singular prose and formal innovation, TEXAS marks the welcome return of a major writer who has previously captivated American audiences and is poised to do so again.

"A story and men armed by necessity and by caprice, a tale of indomitable women, a chronicle of cowboys and Indians, of African-Americans and immigrants from other parts, of captives and their keepers, of slavers and rebels." — La Journada on TEXAS

"I don't think there's a writer with more variety in themes and focuses in his or her writing. . . . The style and range of Carmen Boullosa is unique for its versatility and its enormous courage."— Juan Villoro on TEXAS

“Carmen Boullosa writes with a heart-stopping command of language.”—Alma Guillermoprieto

“A luminous writer...Boullosa is a masterful spinner of the fantastic.”—Miami Herald

“...a cross between W.G. Sebald and Gabriel García Márquez.”—El País

"The world of Carmen Boullosa is revealed as a sui generis form weathering the storms of history."—Letras Libres

"Carmen Boullosa is, in my opinion, a true master."—Alvaro Mutis, author of The Adventures and Misadventures of Maqroll