Catherine Stier, I Am Skye, Finder of the Lost and I Am Tucker, Detection Expert 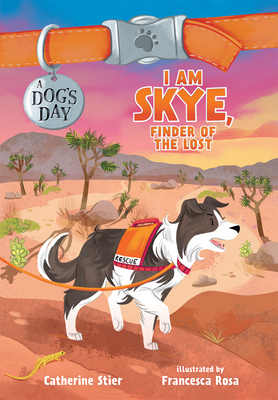 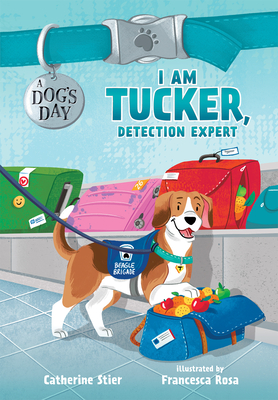 Catherine Stier is a San Antonio-based author of award-winning children’s books, and holds a Masters in Education in Reading and Literacy from the University of Texas at San Antonio. Stier’s research on children’s literature has been featured in Children’s Literature in Education and other academic journals.

A professional writer for more than 20 years, Stier has authored seventeen children’s books, some of which have been selected for the Scholastic Book Club, the Bank Street College Best Books of the Year and other honors including starred reviews from Kirkus and School Library Journal.

Stier’s stories and features have appeared in Highlights for Children, Child Life, My Friend, Pack ‘O Fun, Woman’s Day, Woman’s World, Chicago Parent, the Chicago Sun-Times, the San Antonio Express-News and other publications. She has served as a newspaper columnist, a Library Teen Writing Club Facilitator and a writing instructor for children and adults.

Stier has performed her lively author’s visit program at schools, libraries and bookstores and she has been a guest author/presenter at museum, college and charity events.

Stier’s books have led her to travel and adventure – she has conducted book signings and events at Mount Rushmore, Padre Island National Seashore, the San Antonio Missions National Historical Park, the Smithsonian National Museum of American History and aboard the historic ship, the Queen Mary in Long Beach, California.

Sometimes her books have journeyed forth on their own adventures. IF I WERE PRESIDENT had a guest spot on a Chicago children’s television show. That same title was read by elected women leaders from all over the country to classrooms in their districts – from Maine to Hawaii – as the 2017 selected book for Rutgers University’s Center for American Women and Politics’ Teach A Girl to Lead project.

Another title, IF I RAN FOR PRESIDENT, was selected by the Houston Bar Association for their Constitution Day observation, and read by volunteers to school children in 100 Houston area schools. Finally, the WWII children’s book, WELCOME TO AMERICA, CHAMP!, which features scenes aboard the historic ship, the Queen Mary, is part of a Queen Mary Community Memorabilia Collection to be displayed in Long Beach, California.

Stier currently serves as an informal education volunteer with the San Antonio Public Library youth programs and the San Antonio Parks and Recreation Department’s children’s nature programs. She is a San Antonio Writing Project Teacher Consultant, a member of the Society of Children’s Book Writers and Illustrators. She was selected for the inaugural New Playwright program at San Antonio’s Magik Theatre, a professional children’s theatre. Her play IF I WERE PRESIDENT, based on the book, was performed in both a live reading at the Magik Theatre and an online performance.

In regards to the writing process, Stier finds true wonder in the way the particles of one’s life – a snippet of story shared by a grandparent, a bit of a folk song a parent sang, a site observed on a trip – can coalesce with other fragments of memory and experience into something new and whole and exciting. I Am Skye, Finder of the Lost:
Border collie Skye, a trained therapy dog now learning search and rescue in a national park in California, has her first opportunity to help when a sixteen-year-old boy goes missing. Includes information about border collies and working dogs.

I Am Tucker, Detection Expert:
Spend the day in the life of a detection dog! Tucker the beagle is more than just a friendly face at the airport. As part of the "Beagle Brigade," he helps keep out invasive species that could hurt the environment. It's a job that would be almost impossible for humans--but for Tucker, it's all in a day's work. Told from the dog's perspective, this story also includes back matter about the breed and role of the working dog.

I Am Skye, Finder of the Lost, 5 (Hardcover)

Spend a day in the life of a search and rescue dog Skye the border collie has spent her life comforting people after disasters. Lately, she's also been training to help find people who have gone missing in her national park. But is Skye ready to make her first rescue? Told from the dog's perspective, this story also includes back matter about the breed and role of the working dog.

I Am Tucker, Detection Expert, 6 (Hardcover)

Spend the day in the life of a detection dog Tucker the beagle is more than just a friendly face at the airport. As part of the "Beagle Brigade," he helps keep out invasive species that could hurt the environment. It's a job that would be almost impossible for humans--but for Tucker, it's all in a day's work.