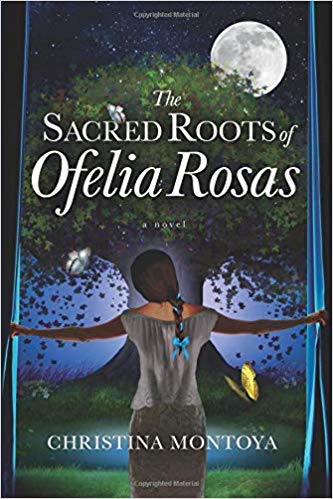 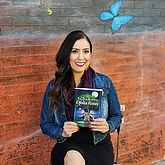 Christina Montoya is a Colorado native, who enjoys traveling and spending time with her dog, Mica. She is a proud mother of an adult son, who she believes is more talented than she could ever be. Christina began her career in Law Enforcement nearly 20 years ago. She attributes her creative mindset and sense of compassion, to the interactions she has had with people from various walks of life. Through a world view and a life of public servanthood, Christina feels inspired to lend her voice as a writer, to further impact people's lives in a positive way.

About The Sacred Roots of Ofelia Rosas:

Have you ever wondered about the legacy you will leave when you depart from your life? Ofelia Rosas, a family matriarch, ensured that her legacy was one to be remembered, for generations to come. She highly impacted those around her, but especially the lives of her grandchildren. Leo, the eldest grandson, is a police officer, whose son becomes a homeless drug addict. Leo struggles with guilt of not being a good father and blames himself for his son's drug overdose. Fiona, a granddaughter of Ofelia's is an attorney, living in Chicago. With subtle reminders of things her grandmother taught her growing up, her life takes an unexpected turn that essentially teaches her about true love. Julian, an artist, inherits his grandmother's house after her passing which leads to a series of events that positions him to make a positive impact in his community. Through Julian's journey, he learns valuable lessons from a street man. The stories told in this emotional novel have a common theme, that is, that they believe that their grandmother Ofelia, is mysteriously guiding them through life in various instances; her timing is impeccable. Ofelia is filled with mystery, adventure and a curiosity for life that defines who she is. Her story can stand-alone; as it is filled with her wonderous imagination. At the conclusion of this heartfelt family story, you will learn how Ofelia strategically forged her unique legacy. Some may consider her life a fallacy; whether fallacy or not, Ofelia's life is intriguing from beginning to end.