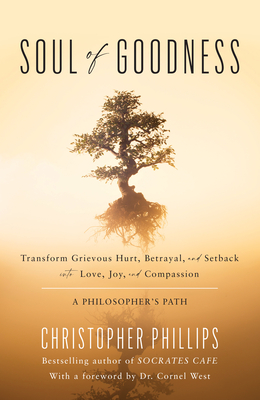 Christopher Phillips has devoted his life to carrying the torch of Socrates and his quest to “Know Thyself.” Yet upon the death of his beloved father and mentor, the originator of the burgeoning global Socrates Café movement had little choice but to confront the inescapable truth: that there are some things we cannot know for sure. This moving, insightful and ultimately hopeful and helpful blend of memoir and philosophical exploration begins in Phillips’ native stomping grounds of the tiny volcanic island of Nisyros, Greece and unfurls through space and time as the author explores the connections between his immediate circumstances and the eternal wisdom of popular philosophers. – In this personal and probing book, the acclaimed ‘philosopher for the people’ shares lessons gleaned from his intimate and often unexpected encounters with uncommonly perceptive human beings both living and long deceased, in the form of weary travelers and some of history’s greatest thinkers, from Heraclitus to Dr. Cornel West. Along the way, he charts a pathway for sculpting what Shakespeare describes as a “soul of goodness,” which meshes with Plato’s paradigm-shattering conception of the “healthiness of soul.” For those struggling to overcome the hopelessness that can result from grievous loss, setback, or betrayal – what Phillips’ touchstone Percy Blythe Shelley calls life circumstances “darker than death or night” – the author spotlights, with philosophical prescriptions both timely and timeless, how to cultivate a ‘Socratic spirit’ that leads to renewed love, forbearance, and hope at the other end of the tunnel.

From his critically acclaimed Constitution Cafe: Jefferson’s Brew for a True Revolution, to his philosophy international bestsellers like Socrates Cafe: A Fresh Taste of Philosophy and Six Questions of Socrates: A Modern Day Journey of Discovery through World Philosophy, Christopher Phillips, PhD is a noted author of books for both adults and children, and for both popular and scholarly audiences. He blends timeless philosophical meditations with his Socratic sojourns across the globe, designed to stimulate inquiry, discover uncommon common ground, and forge lasting bonds among diverse participants. His dialogues into timely and timeless questions reveal surprising points of intersection between classical philosophy, modern life, and the intellectual richness of societies far removed from Western philosophical tradition.