Cliff Etheredge, Flying With One Wing 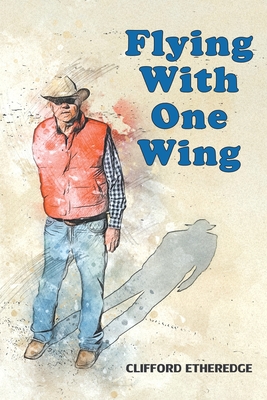 Cliff Etheredge was born in Roscoe, Texas on September 21, 1942, to Pete and Hilda Etheredge. He had one brother, Jay. Cliff graduated from Roscoe High School and Texas Tech University. He then began farming with his dad in the Wastella community northwest of Roscoe. He was a member of the Texas National Guard for six years. In 1972, Cliff was severely injured in a farming accident resulting in the amputation of his right arm. He understood that attitude would determine success or failure. He has since spent his life overcoming the myriad of obstacles that have presented themselves daily. Reentry into society was a major step in Cliff's rehabilitation. He not only assumed his place in society but also became a prominent figure. He also developed the process of self-forgiveness, which gave him confidence. In 1975, Cliff married Judy, who brought two children, David and Kim, to his home on the farm. Son Scott was born in 1978. As the children grew, Cliff devoted himself more and more to his family, and each excelled in his or her area of interest. Cliff was a member of many local and regional organizations, holding leadership roles in most. In 1968, Cliff was selected Mitchell County Young Farmer of the Year, and Texas Governor John Connally presented him with the Texas Young Farmer Award. Cliff was also a recipient of Roscoe's Outstanding Citizen Award. Texas Governor Rick Perry presented him with the Individual Award from the Texas Council on Environmental Quality for his efforts in organizing the Roscoe Wind Farm. Cliff lives in San Antonio with his wife, Ann, where he is a member of Business and Professional Toastmasters. Most of his interests and efforts have been toward completing three books he began writing in 2003 to accompany the two he completed several years ago.

Other books by Cliff Etheredge:

Here are the surprising insightful poems, observations and thoughts of Cliff Etheredge, a one-armed Stetson hat-wearing former cotton farmer from West Texas. His thoughts about life, struggle, unfairness, honesty, conviction, morality and love flow from his left hand onto the paper with seeming ease.

Clifford Etheredge was a farmer in West Texas for many years. Even after a farming accident took his right arm, he continued to farm. Cliff likes to read and write and started writing down his thoughts and poems. He feels they are profound and wanted them in print so that other people could enjoy them.

Flying With One Wing (Paperback)

Meanderings of a Former Farmer (Paperback)

Poems From a Tractor Seat (Paperback)