Coleen Grissom, The World According To Coleen

The World According To Coleen 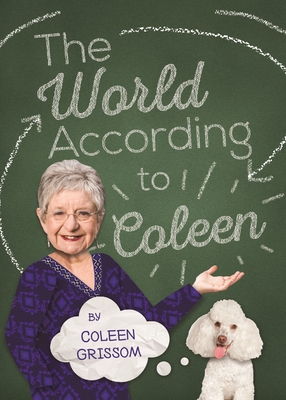 About The World According To Coleen: In a collection of musings that is as much historical record as it is memoir, Coleen Grissom provides a unique view of life on and off an American university campus. As an administrator and faculty member at Trinity University in San Antonio for over five decades, Grissom has seen the feminist movement take hold, the sexual revolution take off, and the tragic deaths of students, friends, and family. Her honest, witty, and acerbic words have urged students, their parents, and the community at large to become lifelong readers and to aspire to a life well-lived.

About Coleen Grissom: Coleen Grissom is a professor of English at Trinity University and the author of The World According to Coleen and A Novel Approach to Life. A faculty member at Trinity for more than fifty years, she has received “honorary alumna” status and a scholarship in her honor. As dean of students and later vice president for student affairs, she has mentored, counseled, and influenced the lives of thousands of students. Though still teaching full time at Trinity and leading discussions of contemporary fiction in two literary excursions for "more mature" students, she resides in the Texas Hill Country, where her toy poodles, a rescued schnauzer stray, and her indoor cats enslave her.

The World According to Coleen (Paperback)