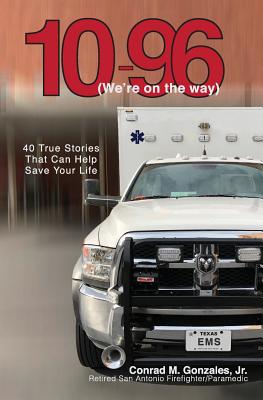 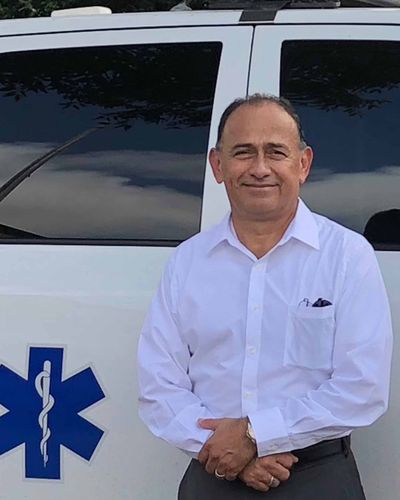 Conrad M. Gonzales, Jr. was born and raised in San Antonio, TX, Where he has served its citizens for over forty years.  He began his career as a San Antonio firefighter, then became a paramedic.  He also worked as a flight paramedic with AirLife.  After twenty-two years, he retired and worked with various nonprofit agencies and provided safety education locally and at the national level.  He has been a CPR and First Aid Instructor since 1980.  Conrad is an adjunct faculty staff member teaching the paramedic program at the University of Texas Health Center and is now launching another career as a writer.  In his free time, Conrad enjoys songwriting and singing at local venues.  He and his wife, Alma, spend time together traveling, cooking and dancing.  He enjoys being with his children and family.

10-96 We're On The Way, contains forty true stories of lifesaving and lifechanging calls that the author responded to while working as a paramedic with EMS in the San Antonio Fire Department and a flight paramedic with San Antonio Airlife. From installing smoke alarms, using seat belts, recognizing signs and symptoms of a heart attack, and more, the book raises awareness of things that could happen at home, work, or on the roads and highways. These stories/chapters will, hopefully assist in changing and saving lives. At the end of each chapter, you will find "Lesson Learned...Don't Get Burned"; with lifesaving messages for the readers so they, in turn, can hopefully learn how to prevent injuries or death among their family, friends, or co-workers. The book will literally keep you on edge. Each riveting story will transport the reader to the scene and make you feel like you are actually there! The author's mission for this book is to provide safety education, prevention, and intervention. Ultimately, the goal is to help save your life and the lives of those you love.