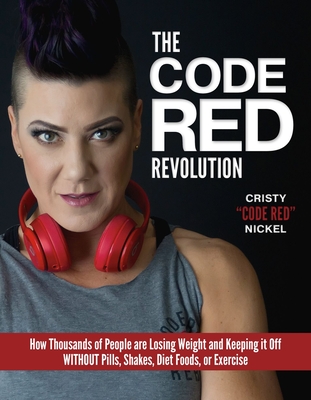 Cristy “Code Red” Nickel has been in the health and fitness industry since 1994. While studying Exercise Science at the University of Memphis, Cristy competed in 3 NPC Figure competitions, placing in the top 5 at each show.

In 2003, Cristy became a federally licensed professional boxer and fought in 15 professional fights all over the world. She was named “Top 3 Most Dangerous Females on the Planet” by Ring Magazine, which landed her a coaching role on MTV’s hit series “MADE.” The success of that show propelled her to New York City to train top celebrities, business tycoons, models and professional athletes. In 2008, Cristy was awarded “New York’s Best Trainer,” by Allure Magazine.

After retiring from boxing, Cristy settled in Boise, Idaho with her husband, Miles and dog, Annabelle. She has a passion for road biking, mountain biking, snowboarding and yoga and has a nutrition office downtown Boise.

About The Code Red Revolution:

IT’S TIME TO TAKE YOUR LIFE BACK!

CODE RED is a rallying cry for every person who is fed up with the information overload, complicated diets, and extreme exercise programs.

It’s for those who just want losing weight to be simple.
For those who don’t have time to go to the gym for hours on end.
And those who are tired of throwing away good money (money they worked hard to earn) on gimmicks and false promises.

The Code Red Revolution: How Thousands of People Are Losing Weight and Keeping It Off Without Pills, Shakes, Diet Foods, or Exercise (Paperback)