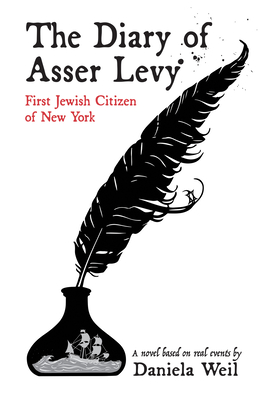 Event will be held outside.
After attending Graded School, in her hometown of São Paulo, Brazil, Daniela Weil graduated from Brandeis University with a Bachelor's degree Biology. Daniela then became both a marine mammal researcher, and a scientific illustrator. Her illustrations appeared in the first guide to Marine Mammals in Brazil: Baleias, Botos e Golfinhos: Um Guia de Identificação para o Brasil. She followed that work by illustrating several other field guides and science textbooks in Brazil. After moving to America, Daniela worked as a 3D medical illustrator and animator at Blausen Medical.
Daniela’s first children's book, A Minhoca Dorminhoca (The Sleepy Worm), which she wrote and illustrated, is currently on its eighth edition. Recently, she wrote and illustrated the sequel, A Minhoca Dorminhoca em Apuros (The Sleepy Worm in Trouble). She is a member of SCBWI and has participated in Writing Non-Fiction for Kids workshops such as Highlights in Pennsylvania and NF4NF in Texas.
​
Daniela’s love for travel and untold tales landed her in the Amazon, where she researched the science and history for her piece Super Soil, The Mystery of Terra Preta, published by Muse Magazine for Kids. She has since written several science articles for that magazine (Pasta- A Twisty History, Volcano- Iceland's Unlikely Agricultural Success, Poison or Medicine?). Having been bitten by the history bug, she is passionate about digging up and writing about her diverse cultural heritage. Her debut Middle Grade Historical Fiction (The Diary of Asser Levy - Pelican Publishing) based on a true story about the first Jews in America, is coming out in the spring of 2020. Daniela lives in Austin, Texas, with her husband Erik, and energetic daughter Lucy.

About The Diary of Asser Levy:

In 1654, the first group of refugee Jews, fleeing persecution, arrived in America from Brazil. In New Amsterdam, they began a legal fight for religious and civil rights that helped shape the character of modern-day New York. Here middle-grade readers will be introduced to the real-life figure of Asser Levy, through imagined diary entries about his experiences.