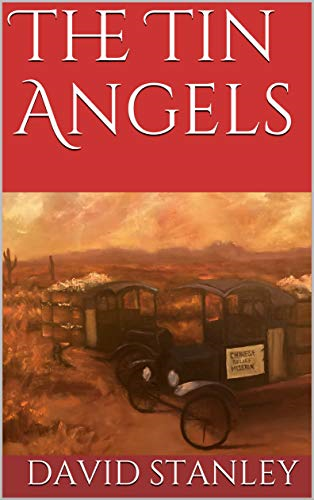 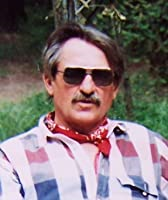 David Stanley grew up in a Catholic orphanage near Pittsburgh. His father lived in a houseboat stranded on a riverbank and played his violin at a local bar not unlike Sandman's in his novel, The Grasshopper King, which is an imaginative interpolation of circumstance, experience and creativity.

An accomplished watercolorist since his youth, David spent twenty years traveling the country working a variety of jobs such as carnival hand, prospector, lumber-jack, carpenter, bicycle messenger and camp caretaker. Interspersed were extensive bicycle tours that took him across Arizona and up the northwestern coast, and wilderness backpacking trips to such places as Superstition Mountain and Grand Canyon. He has also worked as a substitute teacher, and spent several years as a volunteer tutor in elementary after-school programs. He currently resides with his wife in San Antonio, Texas.

Telling stories has been David's forte from his time in the orphanage, creating wild fantasies that distracted the boys from the drudgery of their actual lives. His story-telling continues today, providing constant entertainment for friends and family.

David's two-part epic, Aggie Braga, spans four decades and is filled with drama, heartache, sex, violence and humor as it follows the lives of the share-cropper Aggie with the beautiful voice, her childhood sweetheart Dugger, who is Douglas Bucklaw, the Plantation owner's son, and their cohorts as they traverse the country from Broadway to Hollywood including brief encounters with the likes of of Al Capone and Charles Lindburg.

About The Tin Angels:
April, 1910:
Halley’s Comet is streaking across the sky. Dr. Cook has called Admiral Perry a lying scoundrel. Mark Twain has died. William Howard Taft is the “reluctant president,” and Congress has passed the Mann Act, designed to punish men who take women across state lines for immoral purposes.
With the generous assistance of America’s foremost millionaires, Henry Ford, Andrew Carnegie and Henry Sinclair, a relief mission consisting of ten custom-made, oversized Ford trucks packed with donated food and medicine is being driven from Chicago to the Arizona/Utah border to supply emergency relief for Chinese rail workers who have gone on strike. They are impounded by the Arizona state militia and being slowly starved to death.

From their departure in Chicago, until their arrival at the striker’s prison camp, the trucks of the relief mission, dubbed “THE TIN ANGELS” by internationally renowned newspaper reporter Katie Hawks, threads it way over mid-America’s primitive roadways, passing through a succession of cities and towns waiting to welcome the trucks. The grand rescue mission is also being threatened by the vagaries of nature and the assault of evil forces that have a vested interest in the mission’s failure.