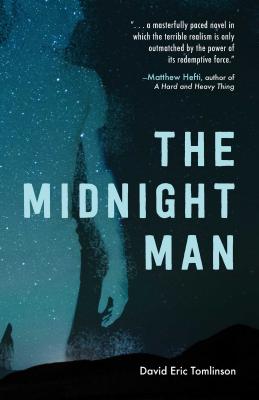 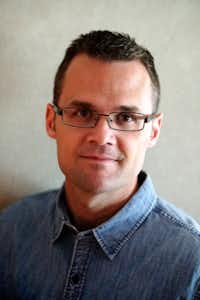 David Eric Tomlinson was born and raised in Oklahoma. He grew up in the manufacturing town of Perry, where, in April of 1995, one hour and eighteen minutes after detonating a truck bomb that killed one hundred and sixty-eight people, domestic terrorist Timothy McVeigh was apprehended. David earned an undergraduate degree in creative writing from the University of California, San Diego, and has worked as an illustrator, copywriter, art director, web designer, usability consultant, product manager, Kenpo karate instructor, and stay-at-home dad. David lives in Dallas, Texas with his wife and two daughters. THE MIDNIGHT MAN is his first novel.

About The Midnight Man:

Dean Goodnight, the first Choctaw Indian employed by the Oklahoma County public defender's office, pulls a new case—the brutal murder of a once-promising basketball star. The only witness is Caleb, the five-year-old son of the prime suspect. Investigating the murder, Dean draws four strangers into his client's orbit, each of whom becomes deeply involved in the case—and in Caleb's fate.

There's Aura Jefferson, the victim's sister, a proud black nurse struggling with the death of her brother; Aura's patient Cecil Porter, a bigoted paraplegic whose own dreams of playing professional basketball were shattered fifty years ago; Cecil's shady brother, the entrepreneur and political manipulator "Big" Ben Porter; and Ben's wife Becca, who uncovers a link between the young Caleb and her own traumatic past.

As the trial approaches, these five are forced to confront their deepest disappointments, hopes, and fears. And when tragedy strikes again, their lives are forever entwined.