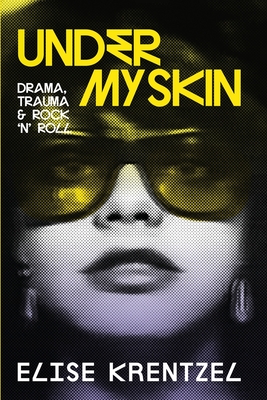 Elise Krentzel’s fast paced memoir "Under My Skin: Drama, Trauma & Rock 'n' Roll". Elise shares how she took charge of the tumultuous 1970s by making a name for herself while still a teenager as a rock journalist. As a kid, she was encouraged by her parents to sing, play music, and write, but she wasn’t allowed to be “herself.” Alienated, she hid her heart and learned to become a stranger in her own skin as the torment of early childhood taught her to mistrust everyone, especially herself. As an adolescent traveling in Europe, she came to realize there was more to life than sex, money, and fame. With newly instilled vigor and drive, Elise set out to break her toxic cycles, determined to become someone people would notice. At 19 years old—the youngest journalist on the KISS Japan Tour—she negotiated a plum job with one of the biggest players in the Japanese music industry, desperately trying to fill the gaping hole left by feeling unheard and unloved by those she depended on most: her family. Spanning three continents and twenty years, Under My Skin tells the story of a street-smart, vulnerable Jewish girl from the Bronx and how she changed her life, forever.

Elise Krentzel is a polyglot: author, ghostwriter, mentor, public speaker, and communications entrepreneur who has lived in five countries for over twenty-five years. Starting in Japan from 1977 to 1984, she owned a talent and booking agency, introduced punk rock, and was a DJ and a music journalist. As the Tokyo Bureau Chief for Billboard Magazine, Elise introduced the Sony Walkman and Laserdisc technology to a western audience during her stint.

After three decades in digital travel publishing (before the internet was a thing), lifestyle marketing, blogging, and public relations in Europe, she returned to the USA and her first love of writing. She effortlessly brings out talents in others. Elise runs a PR and Editorial agency in Austin, Texas, and is working on book two of her memoir trilogy, "Men Moving Me." She is the proud mother of one son.