Gayle Brennan Spencer, Haunting the Graveyard: Unearthing the Story of the Coker Settlement 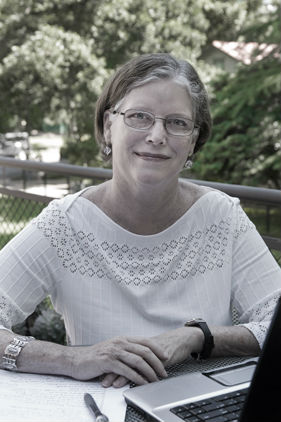 Gayle Brennan Spencer migrated from Virginia to San Antonio more than 40 years ago, equipped with a degree in international relations hampered by French as a second language.  Following manor stints of time with the Paseo de Rio Association creating such meaningful San Antonio traditions as the Mud Festival, she departed to make her living on the computer as a freelance writer.  In August 2004, Gayle returned to the River as Executive Director of the fledgling San Antonio River Foundation working to secure private contributions to complete the San Antonio River Improvements Project.  With more than $10 million in pledges received for the project during her final fiscal year there, Gayle decided to stop to catch her breath-even take a vacation or two.

While a schoolhouse and Methodist church served as anchors for the Coker Settlement, men who went off to fight in bloody battles of the Civil War, spent months pursuing Indians and herded cattle and horses northward found settling back into everyday farm chores difficult. Struggling to survive, families battled rattlesnakes, endured extended droughts and suffered through the Great Depression.

Many overcame these obstacles, only to find their rural lifestyle vanquished by San Antonio itself. As the city grew, increased demands for housing convinced some to sell. Roads to reach new homes chopped up dairy farms with wider and wider ribbons of asphalt, and airport runways buried fields.

The headstones in Coker Cemetery are almost the only evidence of the former farming community, but the tales of its residents are rich. Expect to encounter some heart-breaking tragedies, a bit of mayhem and even an unsolved murder as their lives unfold on these pages.