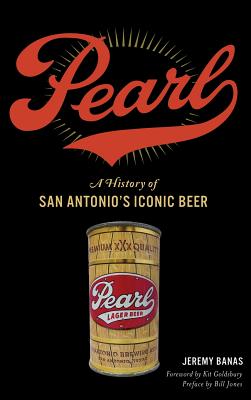 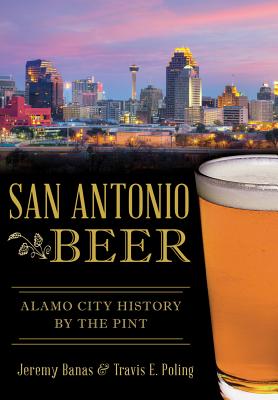 Jeremy Banas is a freelance beer writer who writes for such publications and websites as the San Antonio Current, Antonio Magazine, TheFullPint.Com and the Brewers Association's craftbeer.com, as well as his own website, RuinationPress.com. He is also the author of a previous book, San Antonio Beer: Alamo City History by the Pint (coauthored with Travis Polling). He has judged numerous beer competitions, serves as a founding member (and committee member) of San Antonio Beer Week and hosts beer dinners and lectures. Jeremy also comes from a proud brewing tradition. His cousins, Carl and Joseph Occhiatio, were the last owners of the historic Tivoli Brewing Company in Denver, Colorado, from 1965 to 1969, where his grandfather also worked. Jeremy has achieved the designation of Certified Beer Server in the Cicerone Certification Program and is working toward his Cicerone Certification. He resides in San Antonio, Texas, with his three boys: Quinn, Jack and Maxwell.

About Pearl: A History of San Antonio's Iconic Beer:

“The finest flavored beer in the market. Be sure and try, and you will be convinced. Warranted to be the same at all times. Ask for it, drink no other.” In 1887, these were bold words about the City Brewery's new beer with the pearly bubbles, considering how the recent flood of German immigrants to Central Texas brought along expert fermentation. As that business evolved into the San Antonio Brewing Association, XXX Pearl Beer became the mainstay of the largest brewery in the state. Its smokestack formed an intrinsic part of the San Antonio skyline. A regional powerhouse for more than a century, it was the only Texas brewery to survive Prohibition. It also endured the onslaught of a president's scandalous death and Lone Star's fierce rivalry. Grab a pint and join author Jeremy Banas for a tour of Texas's most iconic brewery.

About San Antonio Beer:  Alamo City History by the Pint:

Brewing history and beer culture permeate San Antonio. The Menger Hotel and its bar notoriously frequented by Teddy Roosevelt and his Rough Riders began as the city's first brewery in 1855. The establishment of San Antonio Brewing Association and Lone Star Brewery at the close of the nineteenth century began the city's golden age of brewing. Decades later, the Volstead Act decimated the city's brewing community. Only one brewery survived Prohibition. Those that bounced back were run out of business by imports coming in on the new railroad. The 1990s saw a craft comeback with the opening of the oldest existing brewpub, Blue Star Brewing Company. Today, San Antonio boasts a bevy of new breweries and celebrates its brewing heritage. Grab a pint and join authors Jeremy Banas and Travis E. Poling for a taste of Alamo City's hoppy history.