Joy Jones & Jim Nelson, Troves of Zack Love and Billy Love: a Pebble in the Sand 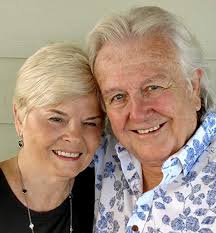 Joy Jones, native Texan, was born in Nacogdoches and graduated from high school there, then from Stephen F. Austin University.  She lived for almost thirty years in Lavaca County where she raised her three children and taught high school English and social studies.

Joy is now retired from a career in education. In addition to her years in the classroom, she was Student Teacher Coordinator for Northern Arizona University in Flagstaff and she also worked as an Educational Consultant for the State of New Mexico in Santa Fe. Joy holds a Bachelor’s degree in Education, a Masters degree in Educational Leadership and a PHD in Transpersonal Psychology.

Today, Joy lives in Galveston, Texas, with her husband, Jim Nelson. They are living their ‘Golden Years’ with the birds, waters, and breezes of Galveston Island as backdrop for their writing and enjoyment of each other, their extended family of nine children, and many friends.

Jim is a Texan through and through.  He was born in Houston, grew up in Tomball, graduated with an engineering degree from Texas A&M, and after serving as an officer in the U.S. Army, traveled the world in the oil and gas pipeline business. Although he was educated and has completed a professional career as an electrical engineer, Jim has also always loved writing and expressing his uniquely Texas opinion and views in prose.

As a former Registered Professional Engineer, Jim has worked for large companies such as ExxonMobil and Perot Systems, as well as, started some six different small companies, many of which are still in existence today. 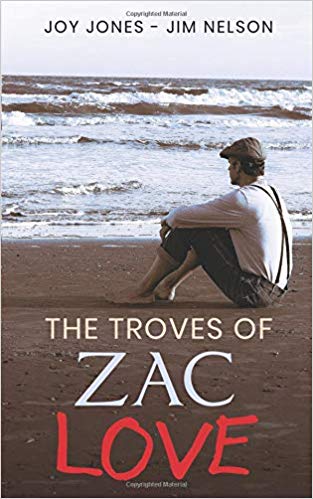 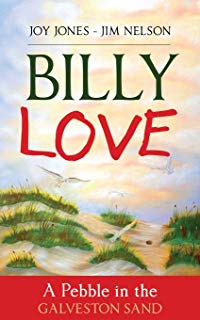 About The Troves of Zac Love:

When your idea of yourself and the life you had crafted is destroyed by a storm - is there a way forward? Everyone on Galveston Island in 1900 knew that Zac Love’s trove was life with his most beautiful and beloved wife, Lena Fay, and their three little boys. Then on September 8, this nation’s greatest natural disaster struck and virtually destroyed Galveston, killing over 6,000 people - among those lost were Zac’s wife and twin babies. Left with only tears and time, Zac finds an unexplainable source of comfort and support in the Gulf waters off Galveston Island - Lena Fay’s spirit. His is a story of tears, truth and treasure for the rest of Zac’s long life. It is a tale of intrigue that involves some of Galveston’s most famous and infamous characters, beginning with the ole pirate himself, Jean Laffite.

Who is Billy Love? Many people are asking this question, starting with Billy himself. In this historically fictitious novel, Billy's long life of rollicking adventures, hard-gained accomplishments, and painful challenges didn’t provide him the answer. Neither did the loss of his fortune, his family, his fame, and perhaps most of his dignity and self worth. No, it took the loving counsel of a late arriving, also flawed soul mate to guide his journey toward his spiritual - not human - self. If you, like Billy, are searching for a more complete understanding of yourself...reading his story may move you to find the answer to the question: ‘Who are you’?