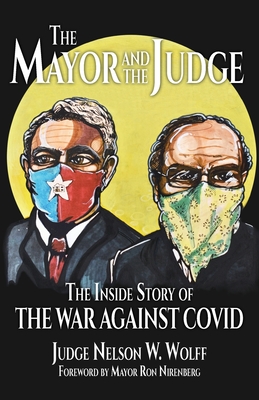 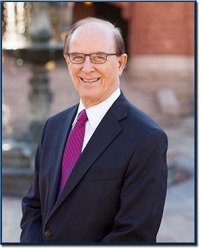 Never Fight a War on Two Fronts... so say military historians and strategists. Yet the War on COVID in the United States became almost as heated in the political arena as it did in the battlefields of hospital wards. The Mayor and The Judge tells the story of how one Texas city continues to fight back on both fronts...

The seventh-largest city in the United States, San Antonio was deemed a "model city" for its handling of the COVID-19 pandemic and was ranked second in the nation among the 30 largest cities in terms of emergency readiness, according to a CNN report. This was due in no small part to the tireless efforts of Mayor Ron Nirenberg and Bexar County Judge Nelson Wolff, who maintained constant contact with the public throughout the darkest days of the war on COVID-19. Through daily media broadcasts, they kept San Antonio's citizens updated with health and safety guidelines, medical statistics and hospitalizations, as well as the latest news on treatments and vaccine developments.

Mayor Nirenberg and Judge Wolff used every possible resource to gather information, sharing facts honestly and without prejudice, at a time when the country was largely divided by political mayhem and disinformation. They demanded answers and explanations from state and federal government officials regarding what were often contradictory and controversial decisions.

In The Mayor and The Judge Nelson Wolff recounts those days spent in the trenches - from quiet moments spent in reflection and the loss of close personal friends, to the set up of mass vaccination centers across the city - and the tumultuous political and legal battles he engaged in on an almost daily basis to help keep San Antonio safe.

Emotional, gritty, and at times humorous, Judge Wolff writes with passion and vigor - and he doesn't pull any punches. 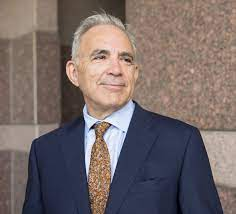 Robert Rivard is co-founder and columnist at the nonprofit San Antonio Report, serving engaged citizens of San Antonio. The staff of 21 journalists and nonprofit executives office in historic St. Paul Square on the city’s near Eastside. The San Antonio Report celebrated 10 years of continuous publication on February 13, 2022.

Rivard has worked for five Texas newspapers over his 42-year career, including his time as executive editor and vice president-news of the San Antonio Express-News from 1997-2011. He worked for Newsweek magazine as a foreign correspondent in Central America covering the region’s civil wars in the 1980’s, and as its global chief correspondents and senior editor in New York from 1985-89. He also has written for the Washington Post and various other national publications.

Rivard is the author of Trail of Feathers, a nonfiction book chronicling the disappearance and murder of Express-News reporter Philip True in Mexico in 1998, and his editor’s years-long pursuit of True’s killers through Mexico’s corrupt justice system.

Rivard is a political science graduate from the University of Texas at San Antonio, and a graduate of Northwestern University’s Executive Management Program. He is married to Monika Maeckle, a naturalist and author of the Texas Butterfly Ranch blog. They have two adult sons, Nicolas and Alexander.

The Mayor and The Judge: The Inside Story of the War Against COVID (Paperback)