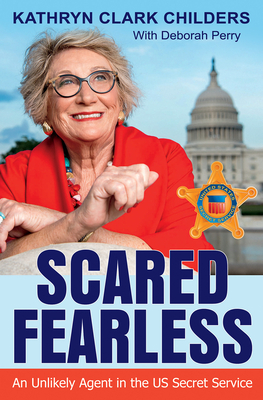 Kathryn Clark Childers was one of the first five women hired by the US Secret Service in 1970. Since leaving the Service and moving to the Corpus Christi area in 1973, she has been a television producer, broadcaster, and talk show host. A professional speaker, she has been a featured presenter for organizations nationwide.

Deborah Hickman Perry has more than 25 years of experience in marketing, public relations, social media, and writing. She lives in the Portland, Oregon, metro area.

The era: the 1970s. The location: an airplane en route to Washington, DC. Kathryn Clark Childers chats with a fellow passenger.

“Are you visiting?” her seatmate asked.

“No, I work there,” Childers said, pointing out the window to the White House, which had just come into view. “I’m a Secret Service agent.”

“Really? I didn’t know they let girls pull that duty. I’m not really sure what you do.”

Recruited to the Secret Service as one of its first five female agents, Childers would surprise many people, including herself. Her duties included undercover work, protective details for John and Caroline Kennedy, children of Jacqueline Kennedy, and attending state dinners where she met world leaders, including Prince Juan Carlos of Spain. In addition, she had to figure out how to disguise the .357 Magnum revolver that she carried at all times, whether wearing jogging clothes, a business suit, or an evening gown. It was 1970, and the Secret Service, like most public and private organizations, struggled—sometimes unsuccessfully—with the challenges of incorporating a rising tide of women into government service and other professional workplaces.

Written in a lighthearted but highly informative style, Scared Fearless details the obstacles and the joys, the moments of high adventure, and the laughable fashion dilemmas that were part of Childers’ groundbreaking role. Through everything that happened, Childers says, she followed her father’s admonition: “Just do it scared.”

Scared Fearless: An Unlikely Agent in the US Secret Service (Hardcover)

The era: the 1970s. The location: an airplane en route to Washington, DC. Kathryn Clark Childers chats with a fellow passenger.

“Are you visiting?” her seatmate asked.

“No, I work there,” Childers said, pointing out the window to the White House, which had just come into view.