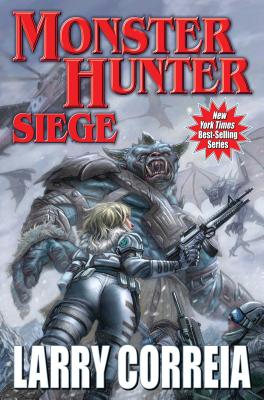 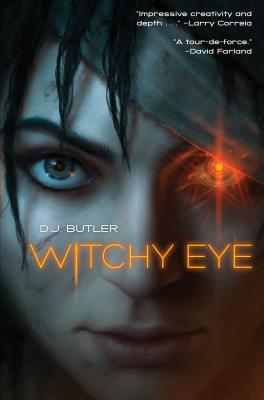 When Monster Hunter International's top hunter, Owen Zastava Pitt, was given a tip about some hunters who had gone missing in action, he didn't realize their rescue mission would snowball into the single biggest operation in MHI's history. Their men are being held prisoner in a horrific nightmare dimension, and the only way to reach them is through the radioactive ruins of a monster-infested war zone.

As if that wasn't bad enough, it's also the home base of the powerful creature behind the devastating attacks on the Last Dragon and Copper Lake. It turns out ancient gods of chaos really hate trespassers. But this god picked a fight with the wrong crew, and now MHI wants payback. Calling on their allies, a massive expedition is formed, and with the odds stacked against them, a legion of hunters goes to war.

It's D-Day at the City of Monsters.

D.J. ("Dave") Butler grew up in swamps, deserts, and mountains. After messing around for years with the practice of law, he finally got serious and turned to his lifelong passion of storytelling. He now writes adventure stories for readers of all ages, plays guitar, and spends as much time as he can with his family. He is the author of City of the Saints, Rock Band Fights Evil, Space Eldritch, and Crecheling from Wordfire Press, and Witchy Eye from Baen Books.

In an alternate North America where magic is pervasive and the Appalachians are under the boot of Emperor Thomas Penn, 15-year-old Sarah Calhoun, youngest daughter of imperial war hero Iron Andy Calhoun, is content with her rural Tennessee tobacco-farming life, in which she gets to cast the occasional small spell. She’s mostly come to terms with having a “witchy eye” that’s been swollen shut since birth. When the priest Thalanes, an acquaintance of Andy’s, arrives and helps to reveal that Sarah is not a Calhoun daughter but carries royal blood—and is being hunted by humans and magical entities in the service of the emperor—she flees with the priest and her smitten, protective cousin, Calvin, to find help in low and exalted places, reclaim her heritage, and discover what she’s capable of when her eye finally opens. Butler’s fantasy is by turns sardonic and lighthearted; ghoulish shadows claw into the most remote areas and heroism bursts out of the most unlikely people. Sarah is the epitome of the downtrodden hero who refuses to give up until she gets what she needs, and her story will appeal to fantasy readers of all stripes.

When Monster Hunter International's top hunter, Owen Zastava Pitt, was given a tip about some hunters who had gone missing in action, he didn’t realize their rescue mission would snowball into the single biggest operation in MHI's&n

A STUNNING BAEN BOOKS DEBUT. A brilliant Americana flintlock fantasy novel set in a world of Appalachian magic that works.

Sarah Calhoun is the fifteen-year-old daughter of the Elector Andrew Calhoun, one of Appalachee’s military heroes and one of the electors who gets to decide who will next ascend as the Emperor of the New World. None of that matters to Sarah.