Laurie McDonald (writing as Eva Rome), Travel for STOICs: Empowering the Solo Traveler Who is Obsessive, Introverted, and Compulsive 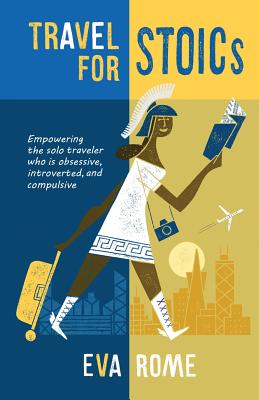 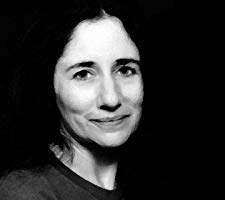 Eva Rome is a writer and a video artist. As a writer, her experience ranges from screenplays, short stories, and poetry, to non-fiction magazine articles and novels. Her screenplay Nota Ogni Cosa: Leonardo the Artist won a Gold Award in the Houston International Film Festival and placed in the finals of the Academy Awards Foundation’s annual screenplay competition. She has served as a screenplay consultant to the National Endowment for the Arts Media Grants Committee and as a contract screenplay and script writer/consultant. As a video artist, she has received a National Endowment for the Arts Visual Artist Fellowship and four American Film Institute/NEA Fellowships. Her video art has been exhibited internationally at venues including the Museum of Modern Art, the Metropolitan Museum of Art, the Pierre du Chardin Gallery (Paris), The Gallery of Modern Art (Rome), and at festivals including the American Film Institute’s Film/Video Festival, the Tokyo Video Festival, the Festival du Cinema in Montreal, and at Filmfest (Berlin, Budapest, Hong Kong, Melbourne, Moscow). She has taught at Brown University and the Rhode Island School of Design (both in Providence) and at the University of Houston, and has been a visiting lecturer at the School of the Art Institute of Chicago, Webster University in St. Louis, Walnut St. Theater in Philadelphia, Dom Kultury in Warsaw, Poland, and other venues. She lives in Santa Fe, New Mexico.

About Travel for STOICs:

Travel for STOICs--THE travel book for the Solo Traveler who is Obsessive, Introverted, and Compulsive--is both a travel book and a survival manual, but of a different sort. It’s not about which great restaurants to patronize or what sites are a must-see in a given place; it’s about how to master solo travel challenges that happen in between those activities while successfully managing your O-C, introverted self. With advice from the Classical world’s Stoics and author Eva Rome, you will be empowered to experience the world with confidence and calm!

Travel for STOICs: Empowering the Solo Traveler Who is Obsessive, Introverted, and Compulsive (Paperback)