Leslea Newman, I Carry My Mother 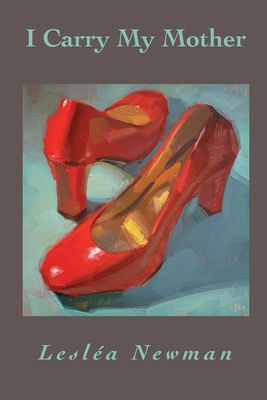 Lesléa Newman is the author of 70 books for readers of all ages including the poetry collections, Still Life with Buddy, Nobody’s Mother, and Signs of Love. Her newest poetry collection, October Mourning: A Song for Matthew Shepard, a cycle of 68 poems that explore the impact of Matthew Shepard’s murder, received a Stonewall Honor from the American Library Association and was named a “Must Read” title by the Massachusetts Center for the Book. Ms. Newman has won many literary awards including poetry fellowships from the National Endowment for the Arts and the Massachusetts Artists Foundation; the Burning Bush Poetry Prize; and second place runner-up in the Solstice Literary Journal poetry competition. Her poetry has been published in Spoon River Poetry Review, Cimarron Review, Columbia: A Journal of Literature and Art, Evergreen Chronicles, Harvard Gay and Lesbian Review, Lilith Magazine, Kalliope, The Sun, Bark Magazine, Sow’s Ear Poetry Review, Seventeen Magazine and others. Nine of her books have been Lambda Literary Award Finalists. From 2008-2010 she served as the poet laureate of Northampton, Massachusetts. Currently she is a faculty member of Spalding University’s brief-residency MFA in Writing program. Other titles include Heather Has Two Mommies (picture book), A Letter to Harvey Milk (short stories) and Hachiko Waits (middle grade novel).

About I Carry My Mother:

I Carry My Mother is a book-length cycle of poems that explores a daughter’s journey through her mother’s illness and death. From diagnosis through yahrtzeit (one-year anniversary of death), the narrator grapples with what it means to lose a mother. The poems, written in a variety of forms (sonnet, pantoum, villanelle, sestina, terza rima, haiku, etc.) are finely crafted, completely accessible, and full of startling, poignant, and powerful imagery. These poems will resonant with all who have lost a parent, relative, spouse, friend, or anyone they dearly love.

I Carry My Mother (Paperback)