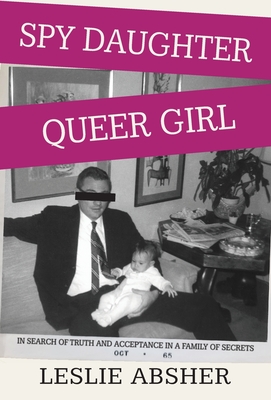 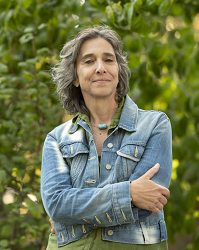 For Leslie Absher, secrecy is just another member of the family. Throughout childhood, her father's shadowy government job was ill-defined, her mother's mental health stayed off limits--even her queer identity remained hidden from her family and unacknowledged by Leslie herself.

In SPY DAUGHTER, QUEER GIRL, Absher pursues the truth: of her family, her identity, and her father's role in Greece's CIA-backed junta. As a guide, Absher brings readers to the shade of plane trees in Greece, to queer discos in Boston, and to tense diner meals with her aging CIA father. As a memoirist, Absher renders a lifetime of hazy, shapeshifting truths in high-definition vibrance.

Infused with a journalist's tenacity and a daughter's open heart, this book recounts a decades' long process of discovery and the reason why the facts should matter to us all.

From the Author: "I’m a writer of true stories, personal essays, and memoir; this usually means disclosing things I’m not “supposed to.” So that’s what I do—whether it’s about growing up with a CIA dad, swimming with sharks in the San Francisco Bay, or facing cancer and how I chose to move with it instead of “fighting it.” I seek to cultivate compassion and truth in all my writing.

My dad joined the CIA before I was born, and shortly after we moved to Athens. Just in time for a coup. I’ve spent years trying to learn what my Cold War father’s role was in that event. And though we left when I was still a child, Greece is a place I return to often. I moved around frequently after Athens until I landed in Boston for college and it became my new home. I received a master’s in education from Harvard and taught G.E.D. to high school dropouts. After years apart, I reconnected with my college flame, Susan, and moved to her treehouse in Oakland. That’s where I currently live and write. I’m an Oaklander now.

Thanks for accompanying me on the journey."

Spy Daughter, Queer Girl: In Search of Truth and Acceptance in a Family of Secrets (Paperback)