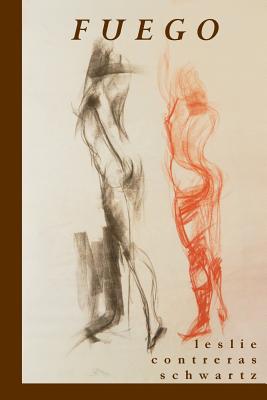 About Leslie Contreras Schwartz: Leslie Contreras Schwartz holds an MFA in poetry from Warren Wilson College and a BA in English from Rice University, where she won the Academy of American Poets’ College & University Prize in 2001. Her poetry has appeared or is upcoming in Pebble Lake Review, Southern Women’s Review, Storyscape Literary Journal, “Improbable Worlds: An Anthology of Texas and Louisiana Poets” by Mutabilis Press, and other publications, and her essays have appeared in the Houston Chronicle, Ozy, Huffington Post and Dame Magazine. Her first collection of poems, Fuego, was published by Saint Julian Press in March 2016. She works as a writer, teacher, and editor in Houston.

About Fuego: From the bed of the hospital, to the classroom of fourth-grade refugees, or the icy waters being swum by a long-distance swimmer, Fuego is a book that explores the extraordinary in the ordinary, the body as a surreal form of existence. At the core of the book is the theme of survival and the awe at being able to survive, and the glory of being ordinary and alive. In this debut poetry collection, Fuego explores the failure and blessing of childhood, the surrealism of birth and motherhood, and the estrangement of the body from itself and others.