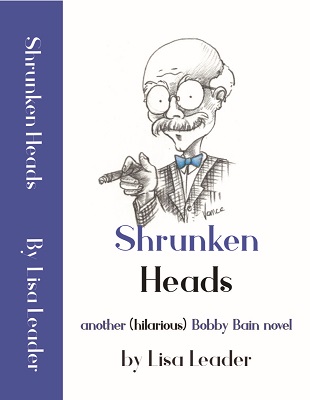 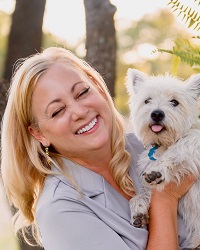 Lisa Leader always knew that she would become a writer someday, when the timing was right.

When an elementary school teacher first posed the question of what she wanted to be when she grew up, Lisa replied that she was going to be a doctor, a writer, a teacher, and a horse trainer.

The teacher advised her that women couldn’t be doctors, but she could work for one – and that a person could only have one job.

Today, Lisa is a successful eye doctor, has a horse, is a former university lecturer, and is a well-known author of the (hilarious) Bobby Bain novel series.

She is most proud of being the mom to her daughter, Alexandra. Lisa lives in the hill country on the outskirts of San Antonio with her husband, David. They keep up with their growing menagerie of furry and feathered friends, which currently includes two dogs, a cat, a horse, and a duck at the Hacienda de los Sueños (house of our dreams) or “the funny farm” as Lisa fondly calls it.

Dr. Bobby Bain is at it again! The anesthesiologist has decided that Dr. Liz Schaeffer, his best friend and the object of his unrequited love, is being pursued by their new tenant, Dr. Carl Wood, a recently widowed psychiatrist. Could Dr. Wood be as bad as Bobby has imagined? Did Dr. Wood really rent a horse to spend time with Liz as Bobby proposed? Or is the considerate, helpful widower what he appears to be?

Bobby is still an active member of “The Man Haters Club,” the “club” that consists of a couple of professional women that enjoy meeting for cocktails and, occasionally, some community service projects. Bobby initially thought erroneously that this was a man-hating group and begged to join for a reason that would only make sense to him. The women allowed it only because he agreed to cover their libations, and they could finally teach him a lesson. With Bobby having the most prominent role, the club ended up helping Liz and Sam, Liz’s smarty-pants, hell-on-wheels, know-it-all teenage daughter, and Bobby has never let them forget it! All the while, he is still trying to actively date all the other women members as he waits to see if Liz will finally divorce her narcissistic husband, Adam.

Somehow, he has managed to enlist the help of a club member, Marilyn, a computer forensic specialist with a dubious background. Typically, Marilyn and Bobby spend most of their time trying to one-up each other. How in the world could they even think of teaming together? Did something change in their competitive, complicated relationship? The last time they teamed together, they both almost ended up dead.

Is Dr. Wood as perfect as he seems, or is he as crazy as some of the patients he treats? Find out in the long-awaited sequel to The Man Haters Club.