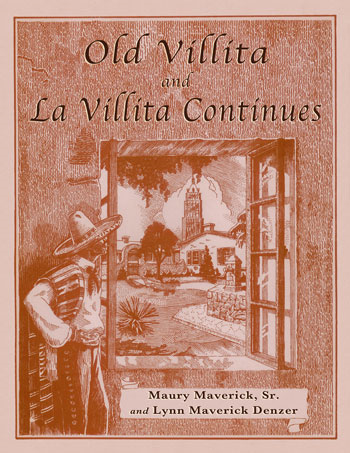 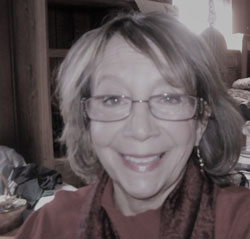 Lynn Maverick Denzer is an artist, teacher, and writer. Growing up on Sunshine Ranch in San Antonio as a descendant of Sam A. Maverick and Maury Maverick enhanced her interest in a range of topics from the beauty of nature to the passion of politics. Lynn studied art at University of Texas in Austin and the College of Marin, and received a secondary teaching degree at the University of Texas in San Antonio in English. Upon retiring from public education, Lynn pursued her own art, exhibiting in several galleries, including High Wire Art Gallery, Carver Cultural Center, Bijou Theater, Galleria II at La Villita, the Jingu House at the Japanese Tea Gardens, and the Starving Artist Gallery at La Villita. Lynn continues to teach watercolor and other art classes at Inspire Fine Art Center. She is also involved in creative activities at Celebration Circle and San Antonio Art League.

Old Villita is reissued by Wings Press in celebration of the Tricentennial of the founding of San Antonio, Texas on May 5, 1718. It was originally published in 1939 by the City of San Antonio as part of the AMERICAN GUIDE SERIES (Federal Writers Project, under the Work Projects Administration). It was overseen and edited by the mayor of San Antonio, Maury Maverick, Sr. Earlier in the 1930s, U.S. Congressman Maverick had worked closely with his friend, President Roosevelt, to implement FDR's New Deal policies. His 1937 autobiography, A Maverick American, was something of a Depression-era bestseller. Among the many progressive acts in his life — which included securing W.P.A. funds for the initial development of the San Antonio Riverwalk — he was proudest of the restoration of La Villita, the 18th century settlement from which the city of San Antonio grew.

Maverick's grand daughter, Lynn Maverick Denzer, wrote La Villita Continues, the story of the "Little Village" from its restoration to its present incarnation as La Villita Historic Arts Village. Listed on the National Register of Historic Places, La Villita serves as a lively arts and cultural hub at the center of downtown San Antonio. Denzer's watercolors enliven the pages, along with historical photographs and documents.