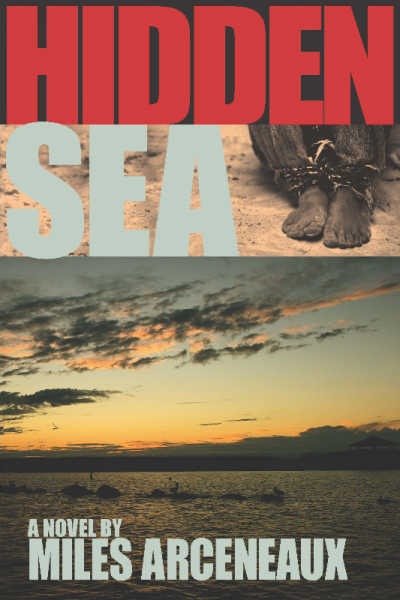 The author of five funny, fast-paced novels of intrigue set on the Texas Gulf Coast, Miles Arceneaux is a one-of-a-kind writer. Or, more precisely, he is three-of-a-kind—an irreverent persona that is the product of three friends, lifelong Texans, and Gulf Coast aficionados sharing a typewriter and one nom de plume.

Brent Douglass’ inspiration for Miles’ tales stems from his family’s deep Texas coastal roots, and the iconoclastic characters he crossed paths with growing up there. James R. Dennis’ intimate knowledge of both sides of the law (he’s one of the good guys, it should be mentioned) and his deep appreciation for Texas Rangers lore helps keep Miles’ protagonists on the side of the angels. As a longtime journalist covering Texas and Texans, John T. Davis has sometimes been accused of writing fiction, but this is the first time he has set out to do it on purpose. Together, Douglass, Dennis and Davis make “Miles Arceneaux” truly more than the sum of his parts.

Charlie Sweetwater saw Mexico—especially the Mexican Gulf Coast—as a spiritual second home. He’d worked, played and lived there for much of his life, and thought the country suited him better than anywhere this side of his home on the Texas Coast. But now a worrisome and potentially dangerous development has shown up on Charlie’s radar. Young Augustus Sweetwater, affectionately known as Augie, hasn’t reported in after completing a south-of- the-border sales trip for Sweetwater Marine. Raul, Augie’s father and Charlie’s nephew, is worried sick. Drug cartel violence in Mexico has reached epidemic proportions and Augie’s path took him through the heart of the narcotraficantes’ territory. Charlie figures Augie just went off the grid to do some well-deserved fishing, surfing and beer drinking at the end of his trip. He’d done the same in his time. But as Augie’s unexplained absence grows, Charlie and Raul become increasingly alarmed and set off for Mexico to bring their boy home. What they unearth is far more than the sum of their fears. The familiar and friendly Gulf of Mexico has turned into a hidden sea plagued by smugglers, human traffickers, crooked politicians and even pirates. And Augie is lost somewhere in the middle of it all. Charlie and Raul must summon an unlikely cast of characters to aid them, including a hilariously dissolute ex-pat musician, a priest whose faith struggles against the rising tide of refugee migration, a Mexican tycoon who may have secrets of his own and a beautiful maritime “repo man”. At the end of their quest, as the deepest secret of all is revealed, Charlie Sweetwater learns that neither Raul and Augie, nor the Gulf of Mexico, nor even himself, will ever be the same again.