Robin Singh, Servant: How It Was Written 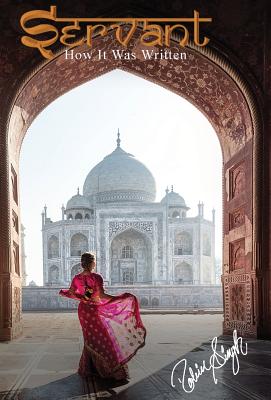 Robin Singh was born in Guyana. After his family immigrated to the United States in search of a better life, Robin researched the roots of his Southeast Asian ancestry back to Hyderabad, India, and discovered a proclivity for storytelling.

About Servant:
This deeply moving story of the Das family begins with Hari, a peasant farmer who leaves his impoverished village to fight a rebellion after losing his wife and child to a famine. Though he defeats one of his oppressors in battle, Hari is executed shortly after, leaving his remaining children, Arjun and Hema.

Throughout their children's lives, Arjun and his wife Baruni's focus on education became paramount, wishing a better future for their children. They are thrilled when their teenaged son Balram is accepted to secondary school in Calcutta, however improbable it might have been.

Everything changes for Balram when he meets Radha, a beautiful young woman every bit as smart as he is. Radha is from a higher caste and her father Dewan, forbids her from socializing with a peasant; he has already promised Radha to the son of a business associate. Despite these warnings, the two young lovers begin a passionate and secretive romance that only intensifies over the years. When Dewan learns Radha has given her heart to Balram, a brutal confrontation ensues that might spell the end of a love, which had been forged many decades before.

Servant: How It Was Written (Hardcover)