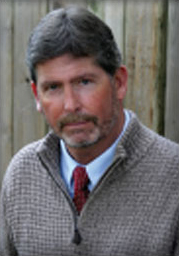 These thrillers follow the misadventures of a resourceful, but somewhat naïve college instructor named Joseph Lawrence Conrad who, in Tragic Flaws, is accused of a series of brutal crimes and uses ideas from Hamlet set a trap for the real killer. First Folio picks up approximately three years later when Joe receives a box of manuscripts—the handwritten plays of William Shakespeare. The problem is that the handwriting is not Shakespeare’s, and Joe is no Elizabethan scholar. The third book, Sylvia’s Secrets, explores the life and poetry of Sylvia Plath when Joe is beckoned to London to help a colleague determine whether or not Plath’s death was suicide or murder.

Scott has attended Shakespeare authorship conferences and used dozens of books and articles during the four years of research that went into First Folio. He serves as Editor and Publisher of the Blue Moon Literary & Art Review, a journal that has featured work by New York Times best-selling authors John Lescroart and Rick Mofina, as well as Hollywood actor Patrick Kilpatrick. Father of three, he lives in Davis, California, with his wife, Cindy, a cancer survivor to whom the first book, Tragic Flaws, is dedicated. He has published numerous stories and poems, as well as newspaper articles, and was the recipient of the National Endowment for the Humanities Lectureship in Southern Literature in Louisiana in 1985. When he is not writing, teaching, scuba diving, or sailing on the San Francisco Bay, you will probably find Scott Evans listening to jazz and sipping a martini at a local bar while chatting about books with fellow writers.

About The Caribbean Prisoner:

After the unexpected death of his father, Randall Wake travels to St. Thomas in the Virgin Islands to forget the pain of losing both parents, his mother having died years earlier. He meets two beautiful young women, enjoys paradisiacal adventures, and begins a romance, until a disturbed young sailor named Jimmy Collins worms his way into their breezy revelries. Tragedy follows as Randall realizes he’s being haunted by a specter of death. He enlists in the Navy to root out the perverse causes of Jimmy Collins’ murderous motives and uncovers systematic sexual harassment that ultimately helps to close the Naval Training Center in Orlando, Florida. Set in the early 1990s just after the infamous Tailhook Sex Scandal, this novel takes readers on a Hemingwayesque journey reminiscent of The Sun Also Rises, through the torturous emotional depths of Camus’ The Stranger, with a grand finale that echoes A Few Good Men.