My Family Loves Me Children's Series 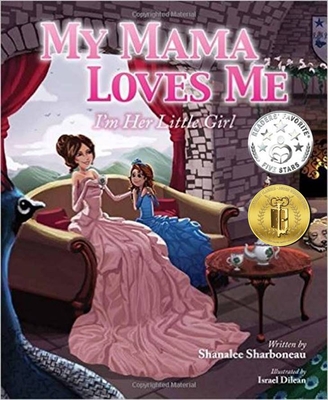 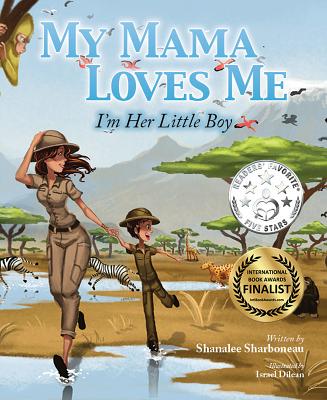 Author of the "My Family Loves Me" children's series, Shanalee Sharboneau has had the fortune to be awarded the medals "Readers' Favorite - Five Stars" and finalist from the International Book Awards in the division best "Children's Picture Book: Hardcover Fiction".

Her wonderful, inspirational and sure to be timeless books were drawn upon her real life family’s experience of her son’s illness that kept him in the hospital for the first six months of his life due to severe reflux.  After countless attempts to help calm and ease her son with traditional nursery rhymes, which despite her efforts, worked to no avail.  Shanalee then began to create her own original melody.  This melody helped soothe and calm her son during his difficult struggle when nothing else worked. Shanalee then added words to her melody and later formed the lullaby and book:  My Mama Loves Me, expressing all of the things she would do with him if he stayed alive.

Shanalee's melody along with the gorgeous illustrations by Israel Dilean, makes the love between parent and child come alive with intensity.

Shanalee's books are sold online all over the world, including Ireland, Australia, New Zealand, Finland, Denmark, Sweden, Austria, Africa, Russia, Germany, Japan, China, Mexico, Spain, Italy and France. She was featured on "Moving America Forward" hosted by William Shatner.  Her interview on The Author Show was broadcast all over the globe on October 25, 2016.

Her books have been recognized by Financial Guru, Dave Ramsey, The President of Ireland, Michael Higgins and Former First Lady, Laura Bush.

My Mama Loves Me: I'm Her Little Girl (Hardcover)

My Mama Loves Me: I'm Her Little Boy (Hardcover)