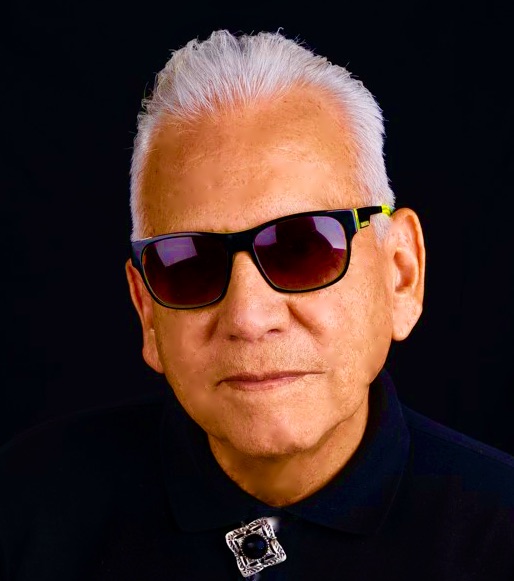 Rebel with a Cause: A Celebration of the Literary Life of Gregg Barrios

Every year Gemini Ink honors a great San Antonio writer with the Award of Literary Excellence at our annual gala, Inkstravaganza. This year our honoree is the beloved playwright, poet and journalist Gregg Barrios. The San Antonio Current has called him “A Texas Treasure.” We invite you to join us on Friday, October 15th, for an unforgettable gala celebration of his life and work.

October 15 is a ticketed in-person event at the McNay: Click here for tickets.

October 16 is a ticketed online event: Click here for tickets.

Every year Gemini Ink honors a great San Antonio writer with the Award of Literary Excellence at our annual gala, Inkstravaganza.

Let’s come together to celebrate the amazing life and literary journey of Gregg Barrios. What better cause this year than to honor this legendary playwright, poet, filmmaker, activist, teacher, and journalist, whose passion for the arts was contagious! A literary rebel bar-none, whom we sadly lost this August, Gregg lifted up so many writers through his example, advocacy, literary criticism, and mentoring. It’s time to shine a light on the full impact of his artistic achievements.

Don’t miss a special weekend celebration of Barrios’ storied career that took him from Victoria, TX, to Andy Warhol’s New York, and back to our beloved San Antonio! To honor Gregg’s irrepressible creative force, the Gemini Ink staff and gala committee have put the “extra” into this year’s Inkstravaganza and ask you to join us for an unforgettable celebration in honor of this “Texas Treasure.” It all kicks off at the McNay Art Museum’s Moroccan Courtyard on Friday, October 15th, from 6:30-8:30pm, with our imaginatively interpreted, open air “Jardín de Artes,” and continues the next night, with a star-packed virtual show. Don’t miss special appearances by 2015 U.S. Poet Laureate Juan Felipe Herrera, activist Rosie Castro, poet Luis J. Rodriguez, Texas State Legislator Emeritus Robert R. Alonzo, and more! Over this two-part event, (let’s call it Act One and Act Two), you’ll be able to catch up with old and new friends and come together to celebrate the artist-activist, Gregg Barrios.

Gregg Barrios is a first-generation playwright, poet and journalist. He is also a graphic digital artist and film-maker. His award-winning plays have been produced in San Antonio, Phoenix, Los Angeles, Mexico City, Albuquerque, Provincetown, and New York City. He has received a Rockefeller Grant, a Mark Taper – CTG Fellowship, and an Artist Foundation of San Antonio Grant for his theater work. The San Antonio Current has called him “A Texas Treasure.”

Barrios’ journalism has appeared in The New York Times, Film Quarterly, the Los Angeles Review of Books, San Francisco Chronicle, Film Culture, Los Angeles Times, and the Texas Observer. He is a former books editor and columnist for the San Antonio Express-News. He was a founding editor of the local Spanish language daily Rumbo, and an editor of La Verdad, the Raza Unida Party newspaper. Barrios received a USC Annenberg Getty Arts Journalism Fellowship in 2013, and was inducted into the Texas Institute of Letters in 2015. He received a Golden Gavel for his literary work from the Texas House of Representatives, and was the 2015 Fall Visiting Writer at Our Lady of the Lake University. He currently serves on the executive board of the National Book Critics Circle.

Barrios credits his time at Andy Warhol’s original Factory as transformational. He made an experimental film, BONY (1967), with/about Warhol “superstars” poets Gerard Malanga and art critic René Ricard. He later collaborated with Warhol on a Nico music video. His short film Desperately Seeking Dionysus (1968) was part of the Velvet Underground NYC exhibit in 2018. Excerpts from Barrios’ original Bowie-inspired rock musical Stranger in a Strange Land (1976) were featured in Monarchs: Brown and Native Contemporary Artists… exhibited at Blue Star Contemporary, also in 2018. In 2019, the Austin Film Society honored Barrios for “bringing film culture to Austin through Cinema 40 Film Society” that he founded as a UT student in 1965. Recently, his digital photography was part of the City of San Antonio Department of Arts and Culture at the Centro de Artes exhibition for the New York Foundation of the Arts.

Barrios served in the USAF as a combat medic during the Vietnam War. He appeared in “Telling SA,” The Tobin Center’s theater production, and on the PBS national broadcast of San Antonio veterans. He was a Harvard Fellow in 2017 and a Yale Fellow in 2019. Recently, he endowed Urban-15’s Mega Corazon with the Gregg Barrios Beautiful Words Prize for the Best Poetry Performance. His new play “Hard Candy: The Life and Times of Candy Barr” will premiere at the Gregg Barrios Theater at Overtime in early 2022.

Author Photo by Luis M. Garza for New York Foundation for the Arts

Gregg Barrios latest collection of poems La Causa is a fascinating interplay of the eras, voices, and regions of AztlAn, all in a simultaneous dialogue with each other. La Causa is an evolution in time, maturity, political sophistication, and expectation an invaluable document to any artistic or historical study of the soul of El Movimiento.

RANCHO PANCHO, a two-act play, explores the turbulent and passionate relationship between playwright Tennessee Williams and lover Pancho Rodriguez, who inspired the character of Stanley Kowalski in A Street Car Named Desire.

Gregg Barrios captures the heady times of living and loving in Los Angeles in the 1980s in his play I-DJ. The play is a coming of age story of a gay Mexican-American dance club DJ Amado Guerrero Paz (aka Warren Peace). This two-act play takes place in one evening even though the story covers the decades of the 1960s to the '80s.