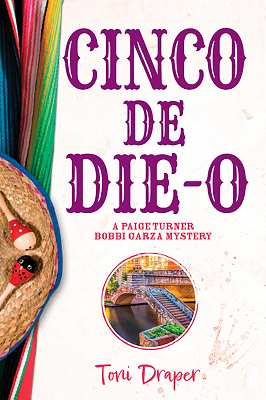 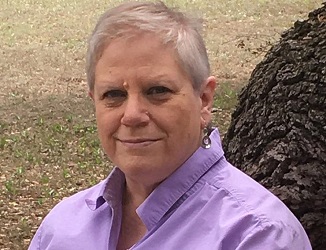 When a dead man is found floating in the San Antonio River after a raucously rowdy Cinco de Mayo’s festivities, at first it’s thought he may have merely been an unfortunate accidental drowning victim.

But, as a second body wrapped in a tortilla blanket appears to be staged for discovery at La Villita’s Arneson River Theatre, thoughts take a murderous turn and tourists begin to stay away in fear.

SA Police Officer Paige Turner (the daughter of a librarian mother with a bookish sense of humor) is assigned to investigate, and while doing so meets bar owner, Bobbi Garza, with whom she feels an immediate connection. As their paths continue to cross, their mutual attraction grows stronger – alas, due to the serious nature of the crimes, their interactions, until they are solved, are limited to playful banter and humorous flirtation.

In a rushed effort to solve the WHO (is doing the killing), WHY (they seem to have chosen a particularly small section of the River Walk to target), WHEN (s/he will kill again), and HOW they can stop the pile up of bodies before more lives are lost and all of their once booming businesses go bust, Paige and Bobbi team up with a duo of neighboring merchants, Diane Maldonado (owner of the Blue Burro gift shop) and Charlie Owens (proprietor of the bookstore Rainbow Reads) to help solve the mysteries.

The unexplainable appearance of a stand-out strange man in a three-piece suit during triple-digit heat, the suspicious and untimely disappearance of a fellow restaurateur at the height of one of their busiest and most prosperous gastronomic holidays, and a series of out-of-the-blue and extremely generous offers from interested buyers for their not-for-sale properties all have them looking one way – while newspaper headlines and interactions with some street people have them re-think their original beliefs.

Red herrings start to flip and flop out of the depths of the river and up onto its banks, all over the place, and begin to muddy the murky waters of the investigation even further, leaving as their only real clue the awareness that the victims all seem to have been members of the homeless population.

Both Bobbi and Paige go undercover in the tunnels that serve as makeshift shelters for those without residences – temporary or permanent, owned, shared, or rented - and they are eventually approached by a man with a very different reason for his heinous misbehavior – but is he a (the?) killer? As they dig for all the answers, his identity and motive will surprise both unsuspecting characters and readers.

After all connected to the crimes are cuffed and locked away, and one of San Antonio’s biggest and best tourist attractions is once again considered safe, Bobbi and Paige can finally give in to their romantic inclinations. They start by forming a family by moving in together, and opening the doors to their hearts and home to the young adult daughter of one of Bobbi’s exes. Soon after, they take the plunge of a partnership in the guise of a new business undertaking, and The END they hope will be just their beginning culminates as they embark on a getting-to-know you (Paige) Alaskan vacation and getaway in celebration.

But, life is never all fun and games – as they soon discover when a haul of fish they pull up from the Last Frontier’s Inside Passage reveals a deadlier catch than they expected – and a dead body in the net preludes their next mystery solving, crime sleuthing adventure together.

About the Author:
Toni Draper was born and lived most of her life in the Mid-Atlantic state of Maryland. These days, home is a cozy casita on a two-acre sprawl that she shares with her wife and their current pack of perros: Kona, Juneau, Tucker, and Ellie, deep in the heart of Texas. She has rescued a number of senior and special needs underdogs over the years, and immortalizes them via nods on her pages. A Spanish Teacher, the language siempre seems to find its way into her writing. Her debut novel WILDFIRE, a second-chance lesbian romance, was published in July 2021. Her second novel, CINCO DE DIE-O, a mystery/romance, will publish in May 2022. And her third, BACK IN THE SADDLE, a rodeo romance, is scheduled for publication in late summer.