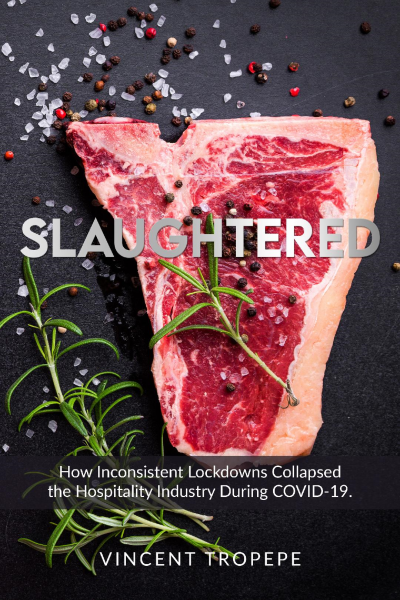 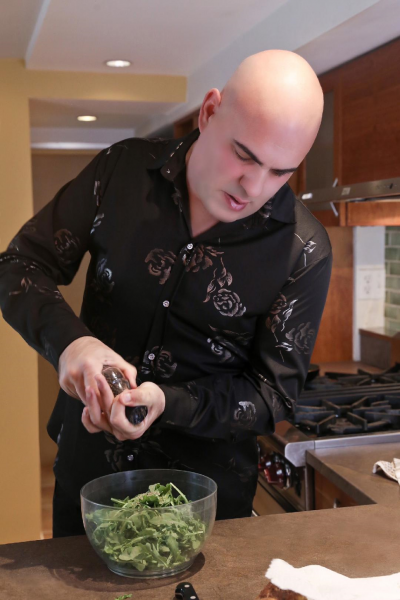 As a child, Vincent always gravitated to food and cooking. His early influences include his mother, both grandmothers and his older cousin, Phyllis. He preferred spending time in the kitchen to playing sports or watching television. Prior to his formal culinary education and longing to be in the food industry, Vincent got job-shucking clams and oysters at Casa Calamari, a then-famous Brooklyn hot spot, followed by a stint at family owned Mama Tury’s. After his graduation, where he received top honors in the culinary arts from the State of New York, Vincent’s first professional job was at Alain Ducasse at the Essex House, working directly under Chef Ducasse. After mastering the art of poaching pears, (a revered dessert item on the Alain Ducasse menu), Vincent continued to work in a variety of top restaurants, expanding his knowledge of various ethnic cuisines and furthering his understanding of how to expertly use ingredients.

Vincent has worked at The Rainbow Room, Chanterelle, The 21 Club, One If By Land, Two If By Sea, and famed Chinese restaurant Mr. K’s. While making a name for himself within these acclaimed kitchens in New York, in 2002 he was asked to be the consulting chef at Madre’s of Pasadena, California (the first restaurant owned by actress/singer Jennifer Lopez). Years later, Vincent would go on to consult Tony May at SD26.

Throughout his years in the kitchen, Chef Tropepe has cooked for many celebrities including Luciano Pavarotti, former New York City mayor Rudy Giuliani, Yankee Hall of Famers Yogi Berra and Phil Rizzuto, Regis Philbin, Michael Jackson, Joan Rivers, Robin Williams, and four United States Presidents: George W. Bush and Barack Obama, both while in office, and Jimmy Carter and Bill Clinton post-presidency. Most interestingly, Vincent has cooked aboard Air Force One a total of 14 times for Presidential domestic flights.

Vincent penned “In My Whites: A Matter of Culinary Perspective” a cookbook and culinary memoir that was released in 2016. Upon the publication of that book, Vincent embarked on a 17-week book tour across the country. Throughout his culinary career, Vincent has raised over $6 million for various charities through charitable dinners, appearances and speaking engagements. He continues to raise money for organizations that he believes in.

In August of 2020, Chef Tropepe was appointed Senior Food Writer and Editor in Chief to the food authority website CulinaryNewsWorld.com. In this position, Tropepe has published delicious user friendly recipes covering a wide variety of cuisines and baking styles, food and product reviews, restaurant reviews and among the most favorite from him investigative food related stories. From the start of his position, Tropepe has boosted readership more then 400% and totaling more then 5 million reads from his first published article in 2020. Always wishing to motivate and inspire his customers, and wanting to spread the word of inclusion, Vincent Tropepe firmly believes that through food, art, fashion and community, we can create a much kinder environment for all people.