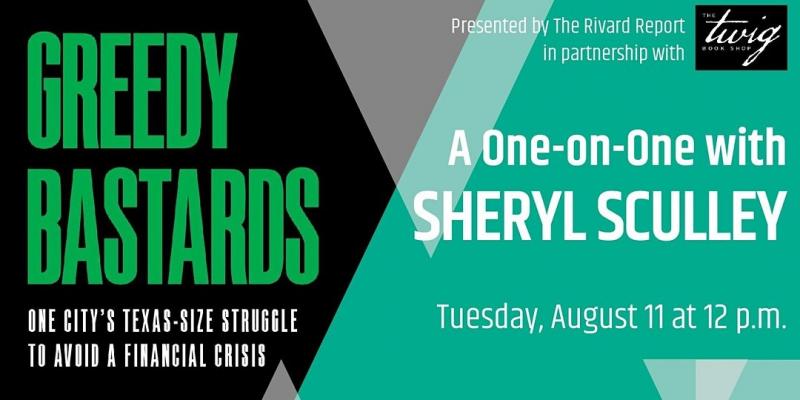 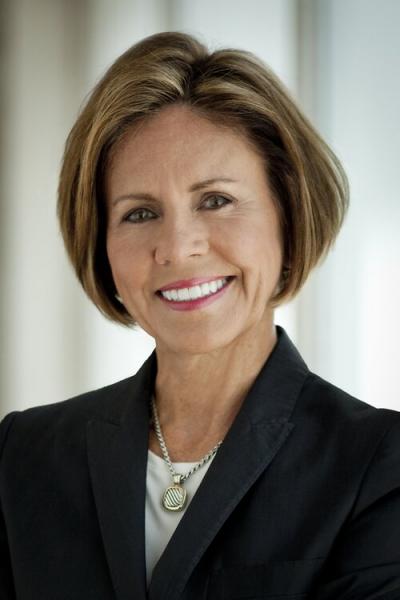 Join us for this virtual conversation to discuss Greedy Bastards, the obstacles to police collective bargaining reform, and the changes that are still needed. The first 150 books purchased will be signed by the author and available for pick-up at The Twig Book Shop beginning August 11. For more information about book purchases, please contact The Twig at 210-826-6411 or visit greedybastardsbook.com. Book net proceeds will support San Antonio nonprofits.

When Sheryl Sculley was recruited to serve as San Antonio's new city manager in 2005, the organization she inherited was a disorganized mess. City infrastructure was crumbling, strong financial policies and systems were nonexistent, many executive positions were vacant, public satisfaction was low, ethical standards were weak, and public safety union salaries and benefits were outpacing revenues, crowding out other essential city services. Simply put: San Antonio was on the verge of collapse.

﻿Greedy Bastards tells the story of Sheryl and her new team's uphill battle to turn around San Antonio city government. She takes you behind closed doors to share the hard changes she made and the strategies she used to create mutually beneficial solutions to the city's biggest problems.

Many of the issues Sheryl found in San Antonio are present in cities across the US. Packed with wins and losses, lessons learned, and pitfalls encountered, Greedy Bastards is a guidebook for any city official tasked with turning around a struggling city.

SHERYL SCULLEY is an award-winning city manager who is considered an authority on city management. She gained national attention for dealing with unsustainable benefits for San Antonio's police and fire unions-and in doing so, steered the city away from a future financial crisis. During her tenure, San Antonio achieved a AAA bond rating and invested billions of dollars into critical infrastructure updates and additions. Prior to serving in San Antonio, Sculley was the assistant city manager in Phoenix and city manager of Kalamazoo, Michigan. Sculley is a life member of the International City Management Association and a fellow in the National Academy of Public Administration. After 45 years of public service, Sculley retired from city management in 2019.

When Sheryl Sculley was recruited to serve as San Antonio's new city manager in 2005, the organization she inherited was a disorganized mess.